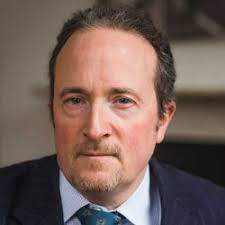 A man who received “devastating news” that his lower leg needed to be amputated seven years after settling his personal injury claim is not prevented by limitation from suing his lawyers for negligence, the High Court has ruled.

Mr Justice Bourne said Lee Witcomb, who settled his claim for £150,000 in December 2009, “knew about the risk of under-settlement” but had not been told about the alternative of provisional damages.

Mr Witcomb was injured in a road traffic accident in 2002 when he was aged 17, breaking various bones in his leg and foot.

He settled despite being warned of the risk of under-settlement if a later operation to remove metalwork revealed more serious problems.

But Bourne J said Mr Witcomb had “absolutely no reason to suspect that that risk was caused by anything done or not done by his advisers”.

The judge went on: “On the contrary, those very advisers expressly advised him that the risk existed, and reminded him to decide for himself whether it was a risk he was willing to run.

“On the basis of the advice given (that a settlement would necessarily be full and final), he may have felt critical of the legal system for not providing any alternative solution. But that was not a reason to suspect that it was his advisers who were depriving him of that solution.”

When Mr Witcomb’s condition worsened in 2015 and 2016, he was experiencing “precisely the kind of post-operative problems” which his lawyers had referred to in 2009 but that was not a reason to consider that he might have been wrongly advised

Bourne J said it was only in January 2017, when a plastic surgeon introduced the possibility of amputation, that Mr Witcomb to taking fresh legal advice that he discovered that he could have claimed provisional damages.

The High Court heard in Witcomb v J Keith Park Solicitors and another [2021] EWHC 2038 (QB) [1] that at the time of his full and final settlement in 2009, his solicitors were J Keith Park, based in St Helens, and barrister Peter Gregory, now a circuit judge.

Mr Witcomb’s lower leg beneath the knee and foot were amputated in July 2017. He launched a negligence action against the lawyers in December 2019.

He alleged that the lawyers should have obtained a medico-legal report from a plastic surgeon, which would have highlighted the risk of amputation and made the case a suitable one for provisional damages.

However, he argued that, under section 14A of the Limitation Act 1980, he did not have necessary knowledge of negligence until, at the earliest, January 2017, when he first learned that he was facing a possible amputation.

The defendants argued that Mr Witcomb had the knowledge, either at the time of the settlement meeting, or by no later than mid-2016, by which time he had suffered a serious deterioration in his medical condition – well before the start of the three-year deadline for a claim under section 14A.

Ruling on the preliminary issue of limitation, Bourne J said it was unnecessary to decide on precisely when Mr Witcomb acquired the necessary knowledge because it was not before January 2017 and so within three years of his claim being issued.

It was “receipt of the devastating news” from his surgeon that prompted him to seek legal advice and it was “rightly not suggested that he acted unreasonably by not taking such advice earlier”.