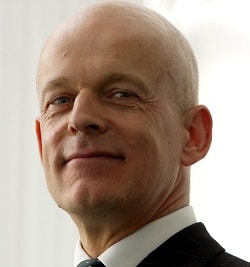 A detrimental impact on diversity in the professions or the judiciary “is not a price the judges are willing to pay” for more flexible operating hours (FOH), according to the Court of Appeal judge leading the controversial pilot scheme.

Lord Justice Fulford, the judge in charge of reform, said he regretted “the extent of the widely-broadcast misunderstandings and ill-informed comments from a range of sources” on the planned FOH pilots.

Issuing a letter to the profession to “demystify” the pilots, the judge said it was “vital that we improve the use of the courts and tribunals’ estate”, but he was clear that they were not “a disguised attempt to persuade, or force, judges, court staff, legal professionals and others to spend more time at court than they do at present”.

Rather, the pilots would test splitting court sessions to enable a longer court day, “populated by different people”.

For example, at Blackfriars in London there will be a Crown Court list in the morning and a magistrates list in the afternoon/early evening, and vice versa.

In Manchester and Brentford, in the civil and family court, it will test adding either an early or a late slot onto the current court day “that conveniently enables us to deal with particular kinds of work which lend themselves to a shorter, more flexible slot”.

Acknowledging the concerns expressed by the legal profession about equality and the impact on those with caring responsibilities, Fulford LJ said: “The whole point of running the six comprehensive, detailed pilots is to test fully all the concerns that have been expressed.

“We approach this project with an entirely open mind as to whether increased flexible operating hours is a viable goal, and whether it should form part of the ongoing transformation of the justice system.

“If it works, it works; if it doesn’t, it doesn’t. I am absolutely clear that a significant, detrimental impact on diversity in the professions or the judiciary is not a price the judges are willing to pay for more flexible operating hours. These pilots will simply help us understand if this would be the case.”

The judge said an invitation to tender had been prepared for the “robust and independent evaluation” of the pilots.

Among other things, the evaluation would consider the consequences for the work and personal lives of all court users, including childcare and other like responsibilities, he said.

“It will examine the time spent outside the courtroom by way of preparation and travel on the part of the lawyers and the judiciary. Put broadly, the evaluation will investigate sustainability, scalability and access to justice in all its ramifications.”

While the pilots would “fade into history” if they do not succeed, Fulford LJ said that “if any of the models succeed, we will consider with HMCTS the circumstances in which we may repeat the relevant arrangements on a more regular basis”.

He stressed: “There is no plan for a national roll out of anything at present, but there may be some courts and tribunals in parts of the country where regular extended hours may properly assist in increasing access to justice and enabling us to use our buildings more effectively without a detrimental effect on those who work in our precious system.”

We reported yesterday that the resident judge at Blackfriars Crown Court had also attempted to calm lawyers’ anger over the pilots.