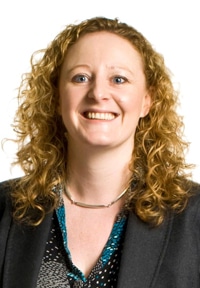 Garlick: difficult to know where we stand

The requirement for compliance officers in law firms to consent to their appointment will be a “powerful tool” to ensure they are listened to, it was predicted last week.

Delegates at a COLPs and COFAs forum held last week in London by national law firm Weightmans [2] were also told that they are likely to need a “compliance plan” as evidence of their approach to outcomes-focused regulation.

Every law firm has to nominate a compliance officer for legal practice (COLP) and one for finance and administration (COFA) by 31 March. Michelle Garlick, a partner in Weightmans’ professional risks team, told the forum that the requirement for consent could be a powerful tool for either “in the sense that if you’re not happy with how it’s working, you can withdraw your consent”. This may well raise a flag at the Solicitors Regulation Authority (SRA).

COLPs have also to be a lawyer, a requirement which Ms Garlick said had annoyed “plenty of senior risk managers who think they have the experience” to do the job.

Attendees at the seminar were split on how full time a role being a COLP will be, but they will need to have enough time to do the role, potentially ruling out senior fee-earners. One delegate said a team approach – where the COLP delegated parts of the role – would help embed compliance into a fir

m’s culture. “It’s not just about discharging the responsibilities,” she argued.

The notes to rule 8 in the SRA’s authorisation rules say that firms should prepare a compliance plan, although this is not a strict requirement as it is not in the rule itself. “But how will you be able to convince the SRA that you are ensuring compliance without a compliance plan?” Ms Garlick asked.

At the same time, Weightmans has its office manual on an intranet and the SRA has said the firm does not need a compliance plan on top of that, Ms Garlick explained – however, it must be regularly reviewed.

There was debate over the extent to which firms should be guided by the indicative behaviours (IBs) in the code of conduct, with one delegate describing them as a good starting point but not the end point.

Ms Garlick noted that although SRA executive director Samantha Barrass recently warned against “unthinking compliance” [3] with the IBs, the authority has also told firms that if they complied under the old code, they would comply under the new one if they operate in the same way. “It’s difficult to know where we stand now,” Ms Garlick said.

There was recognition that while the COLP and COFA regime raised questions around self-reporting and the extent of the officers’ personal responsibility, it may also bring rewards in terms of improved risk management and client care, and forcing difficult partners to become compliant.

There was also uncertainty about the SRA’s ability to cope with the new regime. One attendee said her firm had made a report to the SRA four months ago and had recently been told that it had not even been allocated.