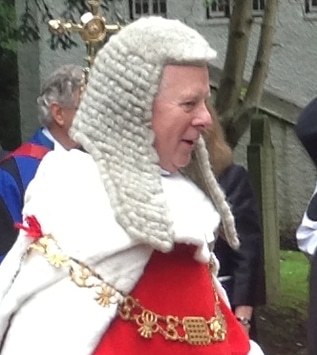 Other jurisdictions are spreading lies that Brexit will reduce the quality and standing of England’s law and courts, the Lord Chief Justice, Lord Thomas, has claimed as he urged the government to get on with tackling how cross-border civil law issues will work after the UK leaves the EU.

He was speaking last night at the annual dinner for judges hosted by the Lord Mayor of London at Mansion House.

Lord Thomas said that while “all here know that Brexit does not affect the quality or certainty of English law, or the standing of our courts or London’s arbitration centres”, the perception of some may be that this was not the case.

“Such a perception is fuelled by our competitors for their own advantage. Rumour may insinuate that English law is no longer certain; that London is no longer a safe forum to bring disputes. Such rumours are wrong and unequivocally so.

“Rumour must however be countered if we are to ensure that the lie repeated does not – as it must not – be taken as truth.”

Lord Thomas said that, in addition, “the common good urgently requires clarification of a number of issues in relation to Brexit”, such as on applicable law – which “can be secured through the incorporation of the provisions of Rome I and II into English law” – and respecting choice of jurisdiction clauses.

“There is the strongest case that this should be supported through the United Kingdom acceding as a contracting state to the Hague Convention on Choice of Court Agreements.”

In the wake of the EU publishing its negotiating principles on these issues, Lord Thomas said it was also essential for the UK to work with the EU to ensure that “a simple and flexible regime for the mutual recognition of enforcement of judgments for the future”.

Also speaking at the dinner, the new Lord Chancellor, David Lidington, said only that these issues were under “active consideration”.

“As we leave the European Union and forge a new deep and special partnership with our friends and allies in Europe, we need to create an effective system of civil judicial cooperation that will provide certainty and protection for citizens and businesses in a United Kingdom that will operate outside the jurisdiction of the Court of Justice of the European Union.

“That also gives us an opportunity to affirm the status of the United Kingdom Supreme Court, in which this country does – and should – take enormous pride because of the high standards which it sets.”

Mr Lidington too observed that “some EU countries do appear to see the United Kingdom’s departure as an opportunity to compete with us for a greater share of the international commercial contractual dispute resolution market, in particular by planning to operate English-speaking Common Law courts in their jurisdictions.

“Well, my first response to that is to say that ‘imitation continues to be the sincerest form of flattery’.

“And putting aside the fact that these English speaking courts do present a platform for English lawyers and judges to enhance their reputation and make English courts and English law more attractive, why should a discerning litigant or practitioner accept an imitation when the original masterwork is still available to them?”

He pledged to launch a campaign later in the year that would “project English law, our courts, our judges and our legal services to the world and to new markets”.