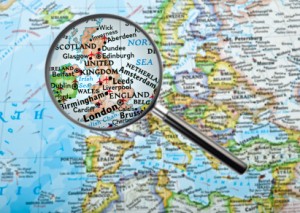 Onshoring within the UK: who needs India?

Top law firms are outsourcing as much to elsewhere within the UK as they are to India and South Africa, new research has found.

The annual survey of top law firms by niche practice Legal Risk in Liverpool found that litigation support was the most popular service to outsource, followed by knowledge management, legal process and secretarial/typing work. Just 5% outsourced legal advice, although a further 5% were considering it. Among the top 100, litigation support and secretarial services were the most popular. A mere 2% were outsourcing legal advice, with 4% considering it.

The figures cannot be read as saying that nearly half of top-30 firms outsource as some firms use multiple locations.

City firm Lovells, for example, offshores some operations to South Africa but also has the best-known onshore outsourcing scheme, Mexican Wave, in which lower-value work is handled by a small panel of mid-sized regional law firms. It started as a way to handle routine property transactions on behalf of the Prudential, and ensures that Lovells retains the more complex, higher-value work while driving down costs for clients. It was reported in The Lawyer recently that RBS is considering a Mexican Wave-style outsourcing project.

Legal Risk partner Frank Maher said: “This year’s survey shows that firms are at the beginning of the cycle of immense change being heralded by the Legal Services Act, new forms of regulation and client pressures for cost-cutting through outsourcing.

“On a positive note the pressures on costs and reduced staff numbers have not impacted on the size of risk and compliance teams, perhaps influenced by the large number of top-100 firms which may want to follow the self-regulation model recommended by Lord Hunt.”

The findings in relation to onshoring chime with the 2010 Global Sourcing Study released recently by management consultancy Fronterion, which found that 10% of staff at the top global outsourcing companies are based in the UK, and predicted that this will grow significantly. It said approximately 300 full-time lawyers and legal professionals currently work in delivery centres in Scotland, Wales and the south-west of England.

Fronterion is a Legal Futures Associate.