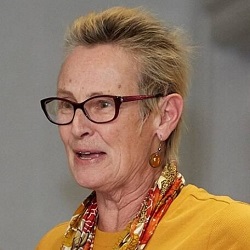 Macfarlane: Regulation is not effective

The use of non-disclosure agreements (NDAs) cannot be effectively controlled by professional regulators like the Solicitors Regulation Authority (SRA) and legislation is needed, a law professor and campaigner for tougher restrictions has said.

Meanwhile, a leading MP has said the legal profession needed to play its part in changing the “wrong culture” that NDAs have driven in the workplace.

Julie Macfarlane, an English-born Canadian law professor, praised the SRA for being “the first regulator in the world” to issue guidance and warning notices on NDAs but said the problem was that “guidance has no teeth”.

Professor Macfarlane co-founded Can’t Buy My Silence, a pressure group launched this week to restrict the use globally of NDAs together with Zelda Perkins, who broke her NDA with disgraced film producer Harvey Weinstein and has since spoken out repeatedly [1] on the issue.

The ultimate goal is legislative and regulatory change to make NDAs unenforceable for anything other than their original purpose – the prevention of sharing confidential business information and trade secrets.

The group also wants to provide a safe platform for people to share their experiences anonymously and accees information to give them the fact about the unenforcibilty of many NDAs and how to respond if being forced to sign one.

Professor Macfarlane told Legal Futures that “efforts had been made” to use the SRA guidance to bring complaints against lawyers but it was “very difficult to get traction” without it forming part of the code of conduct.

“I did believe that it would be possible to make progress through regulation, but I no longer think that this will be effective. It would certainly be very slow because it would depend on a culture change in the profession. We need a top-down approach.”

The professor said the Republic of Ireland was the first country to publish a bill on NDAs, which could be law in a year’s time because it had all-party support.

She said similar bills would be introduced this autumn in Canada’s smallest jurisdiction, Prince Edward Island, and in the federal Senate.

The aim of the legislation is to ensure that people signing NDAs understand them, that they are not put under any duress and pressure to sign, and that NDAs do not harm third parties.

Professor Macfarlane said use of NDAs had become a “default position” among lawyers in the UK, US and Canada.

Although she believed this was unethical, she was reluctant to label lawyers themselves as unethical because there are “so many things they don’t think about” and so much “group think”.

She said it was unlikely that a young lawyer would have the confidence to stop a more experienced lawyer on the other side ensuring a contract contained an NDA.

Maria Miller MP, who chaired the women and equalities select committee investigation that looked into the use of NDAs in the workplace and the role of lawyers [2], introduced a 10-minute rule bill into the House of Commons to coincide with the campaign launch.

It would stop NDAs from being used to cover up cases of illegal activity and wrongdoings against employees. Such private member bills are used to argue for legislation; there is no prospect of it becoming law.

Ms Miller told MPs: “I believe that the use of NDAs is driving the wrong culture in the British workplace—a culture where poor management can be covered up and where the silence of employees who have experienced significant wrongdoing can effectively be purchased, even motivating a small number of employees to vexatiously seek payouts from employers by making spurious allegations.”

She questioned why the government had indicated it was reviewing the use of NDAs in universities in cases of sexual harassment but not other workplaces.

Ms Miller added: “There may be people listening to the debate who are concerned that they have used non-disclosure agreements at work, maybe even to cover up wrongdoing.

“There may be employment lawyers listening who are concerned that they might face professional sanctions if the law changed. These are really important issues that we need to tackle, because the legal profession needs to resolve the matter and find a way forward.

In January this year, the Solicitors Disciplinary Tribunal stayed proceedings [3] against the Allen & Overy partner who helped negotiate Ms Perkins’ now infamous NDA because of ill-health.