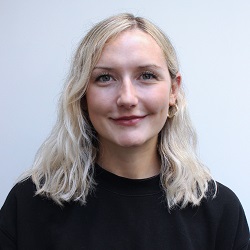 Noonan: So much of what we all do is repetitive

More than 700 individuals and businesses have agreed to use a standard non-disclosure agreement (NDA) for use when beginning negotiations over corporate transactions.

The oneNDA initiative was started by The Law Boutique (TLB) – a business supporting in-house lawyers – and has been strongly supported by a host of leading City law firms and in-house counsel.

TLB, which is not a regulated law firm, provides both managed commercial law services to companies and consultancy on improving the efficiency of in-house departments – what it calls ‘legal optimisation’.

Solicitor Roisin Noonan, chief operating officer of TLB, told Legal Futures that oneNDA was sparked by the amount of the time the company spent on NDAs on behalf of clients.

“Why are [lawyers] wasting our time doing this when we are such an expensive resource, negotiating the same thing written in slightly different ways?”

It also reflected TLB’s vision of standardisation playing an increasingly important role in the future of law. “So much of what we all do is repetitive,” she said. “Without standardisation, we’re slowing down business.”

Ms Noonan acknowledged that standardisation was not appropriate for all commonly used documents, but said it could work for particularly clauses, such as severance clauses.

The group may in future look at whether it could standardise elements of NDAs used in employment contexts, she added.

The aim is to have 1,000 companies adopt the oneNDA as their organisational standard by the end of the year.

The drafting group is made up of representatives from NRF Transform – the innovation arm of Norton Rose Fulbright – Linklaters, Allen & Overy, Slaughter and May and Australian firm Gilbert + Tobin.

They have each been tasked with drafting specific clauses and are due to deliver them in the next week.

There is then a group of in-house counsel who will comment on the baseline NDA and finally agree it. Their companies will then commit to adopting it.

Ms Noonan said some of those who have signed up to oneNDA were individuals that would then work to persuade their companies.

She said: “Lots of people see benefits of having standard forms within their own organisations but they don’t always see the benefits of standardisation more broadly.”

TLB chief executive Electra Japonas added: “The most exciting bit about it is seeing the legal community really pull together in such an incredible way, from law firms, to in-house counsel to legal tech vendors – the support has been unbelievable.

“It’s amazing to see how committed we all are to making this happen.”