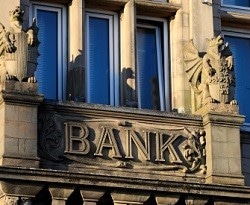 National law firm Laytons has been fined £20,000 by the Solicitors Disciplinary Tribunal (SDT) for using its client account as a banking facility for a European network of law firms, a foreign client and a tax practitioners’ group.

The three partners admitted misusing client account and breaking the accounts rules in an agreed outcome with the Solicitors Regulation Authority (SRA) that was approved by the SDT.

In each case, their actions stopped after an accountant’s report in November 2016 highlighted that they were against the rules.

Mr Kelly was treasurer of a European law firm network which aimed to promote best practice in certain areas of law. The name of the network was redacted in the SDT ruling but the firm is a member of Libralex.

From 1999, Mr Kelly had held funds generated by subscriptions in one of the firm’s euro client accounts and managed payments relating to meetings, conferences, training events and administration.

After November 2016, a service company was set up and the money held in the law firm’s client account transferred to it.

While the old system remained in place, the SDT heard that around £443,800 was received into client account and £309,800 paid out.

Mr S lived abroad, but owned a multi-million pound home in London, and he had asked the firm to pay his staff and bills relating to his UK home on his behalf, which it did.

After the 2016 report, a company took over the management of his client’s home.

Mr Selby was a founder member and treasurer of the Stamp Taxes Practitioners Group (STPG), a group comprised mainly of solicitors, but also accountants and some barristers.

Laytons opened a ledger for the STPG in 2006, which showed regular credits of between £25 and £60 for attendance fees at the group’s annual conference, along with subscriptions, which amounted to £28,300 for the period 2006 to 2016. A separate bank account was opened after November 2016.

The SRA said the amounts of money paid into and out of client account were “substantial” and the misconduct occurred over “lengthy periods of time”.

The three partners and their law firm admitted allowing the Laytons’ client account to be used as a banking facility in the absence of a legal transaction.

In mitigation, the partners and the firm said that “at no point did any professional adviser, accountant or auditor take issue with the manner in which the monies were being handled” until their accountant raised it, when they “ensured that a self-report to the SRA was made without delay”.

They said the firm and all its partners had an “exemplary” record, without “any prior regulatory or disciplinary findings against them”.

Mr Burman added that it was “incorrect to say that no legal work was undertaken” on behalf of Mr S, who he described as an “elderly and vulnerable foreign client”, since employment contracts were drafted for staff and PAYE disputes with HMRC handled by the firm.

Along with the fines, the three partners and the law firm were ordered to pay costs of just over £5,000 on a joint and several basis.