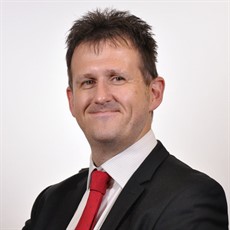 National law firm BLM launched a subscription service for commercial work this week which it describes as “a long-term project which will change the way we work”.

BLM Clarity allows both SMEs and larger corporate clients to buy blocks of time at discounted rates on a range of issues.

Partner Steve Kuncewicz, head of creative, digital and marketing at BLM, said the idea was a response to client demand, particularly from SMEs, but had been discussed with bigger businesses, which were equally enthusiastic.

“SMEs said it would be easier for them to have a subscription service. It’s a new way of doing things for us. We’re trying to make getting advice easier, less scary and more cost-effective.”

Mr Kuncewicz said BLM Clarity was serviced by a core team of three partners and two solicitors who could draw on a “wider set of fee-earners”. The initial focus would be on commercial contracts.

Clients can raise a number of issues at the same time, whether they relate to intellectual property, data protection, employment law, insolvency or property.

There are four levels of service, depending on the amount of advice needed – light, essential, executive and bespoke. A block of time which is not fully used can be rolled over to the next month.

Mr Kuncewicz said most of the initial enquiries were for the ‘bespoke’ service, and it was a question of working with businesses to predict their needs and build resources around them.

BLM Clarity would enable SMEs to discuss a “day-to-day query” with a solicitor they knew, without the risk of the problem “growing arms and legs”.

He said larger corporate clients had given an “enthusiastic response” to the new service and could use it to “fill gaps in their capacity”.

The partner went on: “This is something we were working on before the pandemic, but the pandemic has thrown it into sharper focus.”

Mr Kuncewicz said he would not describe BLM Clarity as a “commoditised” service, because that undervalued the work they did. Instead he described it as a “start-up”, following a “suite of innovations” that the law firm had created in recent years.

Development of BLM Clarity had been made easier by the experience the firm had gained with fixed fees in its defendant insurance practice and the firm’s “commitment to innovation”, shown by its adoption of technologies such as predictive analytics.

He said BLM Clarity would develop over time and the second and third versions may look different.

“All of this is based on what the market is telling us. We are optimistic and bullish about it.”

James Harvey, partner and executive board member at BLM, added: “This is about working in partnership with businesses and introducing legal services as a business enabler, not just something considered as a distress purchase.”

More recently it went live with a new service called Cube [2], a “single point of access” for all the services a start-up, founder or investor might need, whether employment law, intellectual property, corporate transactions or data protection.

Partner David Willbe, co-head of the firm’s technology practice, said a lot of start-ups were using online self-service methods to set themselves up and incorporate, which “could be a bit hit and miss”.

The offer includes a free one-hour legal ‘health check’. Mr Willbe said this was time he would otherwise have spent on business development at live events, giving talks and networking with start-up founders – events which were now held online.

“The conversations I had there often boiled down to legal health checks,” Mr Willbe said. “Once people know you’re a lawyer, they ask questions.”

He said the immediate impact of the pandemic was “a bit of a wobble” as people in the start-up world reassessed deals that were in progress, but things “moved on quite quickly” and there was now a “general feeling of an upswing”, with an “awful lot of foreign investment”, particularly from the US.

Cube clients will also become “part of a community of like-minded businesses”, gaining access to events, training opportunities and knowledge content on issues such as hiring an employee for the first time or protecting a brand name.