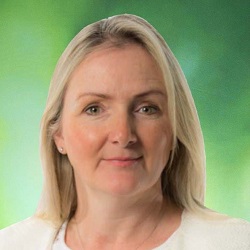 Partner Lorraine Harvey said the service, called Separating Together, was part of a trend towards “less stressful divorces”, likely to accelerate with the introduction of no-fault divorce in April.

In November, family lawyers group Resolution predicted a future where lawyers acted for both sides of divorces as a matter of course.

Acting for both parties has already begun, such as a service offered by London firm Withers, as well as the barrister-led Divorce Surgery and unregulated business amicable.

In 2020, a senior High Court judge granted declarations making it clear that amicable did not break conflict of interest rules by acting for both husband and wife.

Ms Harvey said a single solicitor could act for both sides “where they want to deal with things as amicably as possible”. If there was any conflict or breakdown in the relationship during the process, they would need alternative advice.

“We’re clear with them that this is about an amicable solution on a voluntary basis without court proceedings. They need to be a couple who want to remain friends.”

After an initial assessment, couples sign a declaration committing themselves to an amicable divorce.

Ms Harvey said the new service was both cheaper and faster than the conventional approach. Fixed fees are available, assessed on an individual basis, or clients can pay hourly rates.

The firm’s website gives an example of how they could save £1,000 by using Separating Together, cutting the total cost to £6,200, mainly by removing the need for two lawyers to work separately on the financial settlement.

Ms Harvey said the new service had completed two divorces since its launch at the end of last year, in one case after only seven weeks, although this was likely to be among the fastest cases.

She said the final agreement had to be approved by the court, and a more common period of time was likely to be two to three months.

“I’m often contacted by people saying ‘we’ve reached an agreement’, and they often ask why they need two lawyers.

“I do think there will be a trend towards conflict-free and less stressful divorces. It’s a more economical way of ending the marriage.

“It can help couples with co-parenting and maintaining a reasonable relationship. We’re getting more and more enquiries about it.”

Ms Harvey said that, with the introduction of no-fault divorce, separating couples would no longer have to wait two years or blame the other person for unreasonable behaviour or an adulterous relationship.

She said the more people were aware that they could have only one lawyer, the more they would be attracted to it.

A poll of 1,000 adults in the UK who had divorced or were getting divorced carried out by Simpson Millar early last year found that three quarters (74%) wanted to ‘keep things civil’.

A majority (54%) said they would have been happy to use the same solicitor if it had saved them money while a quarter (26%) said they believed using a single solicitor, who represented both parties in the divorce, could have made the process more amicable.