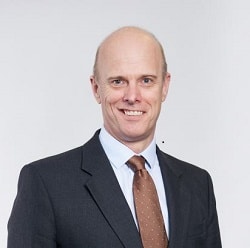 NAHL plc – the AIM-listed owner of National Accident Helpline – has lined up a second alternative business structure (ABS) joint venture as it bids to double the cases it handles over the coming years, it has emerged.

In the wake of last week’s announcement of its first ABS – Your Law – in association with NewLaw Solicitors, NAHL managing director Simon Trott revealed that the company has agreed terms with another law firm for a second. It will be announced later in the year.

He said the ABSs would act as regular panel firms – at the large end but not the largest on the panel.

NAHL has headed off other panel firms’ concerns that they might cherry pick the best cases by promising to appoint a third party to audit work allocation periodically.

Existing panel firms have also been assured that whatever volume of cases they want will be available.

Your Law will begin trading in July out of Bristol and Cardiff, offering trusted legal advice to approximately 1,000 consumers each month, with around 75 staff. Initially it will be focused on the personal injury (PI) market but in time we’ll be able to offer other legal services, such as wills and probate.

Mr Trott explained that the ABSs were needed as the company intended to double case volumes over the next two to three years and the existing panel simply did not have capacity or appetite for that much extra work.

He added that it already included some of the big names of PI, such as Irwin Mitchell, and that he was in discussions with other major players about joining.

With the pre-election PI reforms likely to be revived in the event of the Conservatives being re-elected, the move recognised that they would remove income from the market. “If earnings per enquiry go down in future, we have to increase our returns to stand still and then grow,” he explained.

Some 30% of NAH’s PI leads related to road traffic accidents, the sector set to be hardest hit by the reforms, with all claims worth up to £5,000 heading for the small claims court. Mr Trott said he thought there would still be a market for such cases, but firms would have to invest in operational efficiencies to make them work.

NAH will unveil a new brand in the next few weeks – putting its Underdog character back in its kennel – and, after dropping TV advertising in recent months, will return to daytime viewers’ screens, although not at the same level as earlier in its history. Reducing the cost of acquisition of leads is also a key element to the new strategy.

Though NAHL has moved into the conveyancing market over the last couple of years, Mr Trott said the focus remained on PI rather than further diversification. “We do have a small acquisitions fund, but it is mainly for bolt-ons,” he said.

“The opportunity for diversification is still there but there is still so much to do in the personal injury market that we wanted to focus on that.”