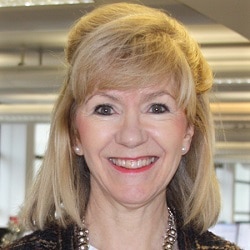 Gallagher: Is scope of reforms realistic?

A top National Audit Office (NAO) official has asked fundamental questions of the government’s wide-ranging court reform programme, even as the head of the courts service extolled its performance so far during the Covid-19 pandemic.

Speaking at a virtual Westminster Legal Policy Forum last week on the next steps in court modernisation, Yvonne Gallagher, the NAO’s director of digital, queried the wisdom of pressing ahead with broad reforms and whether it was possible to implement them alongside the daily demands of keeping the justice system running.

She questioned whether the scope of the reform programme was realistic in the published timescale. The programme was extended from four to six years before it was signed off and last March it was announced that the completion date would be delayed by a further year to 2023.

In November, the House of Commons public accounts committee raised doubts about whether even this deadline was feasible.

She described the existing justice system as a ”messy brownfield environment” where the courts had “so much business as usual [to do, to keep] the show on the road”.

Monitoring of the reforms to date had “skipped” a number of stages that needed to be painstakingly investigated.

She concluded: “Here we have a major programme… Do we really have the capability and capacity to do all of this? Do we need to go more slowly? Do we need to narrow the scope? How can we break this up? Do we have the know-how?… Do we need to buy it in?”

Immediately before Ms Gallagher spoke, the acting chief executive of Her Majesty’s Courts and Tribunals Service (HMCTS), Kevin Sadler, told the seminar that feedback from users of the reformed courts showed satisfaction rates that private sector organisations would “want to kill for”.

However, seminar attendees, including justice campaigner Roger Smith, asked how satisfaction with the reforms had been measured.

Mr Sadler acknowledged that physical courts would “always be there for the most complex cases” but insisted that remote hearings stemming from the reforms, had “enabled us to continue to provide key services to the public throughout the pandemic.”

Digital services, such as those for divorce applications and online civil money claims, had served to give the public “resilient” services which had been widely used.

He reported that more than 100,000 divorce applications, more than 90,000 probate applications and over 160,000 civil money claims had been submitted online so far.

He said around 90% of court and tribunal hearings now used some form of remote technology, such as HMCTS’s bespoke cloud video platform. More than 70,000 such hearings had been conducted in 150 magistrates’ courts and 70 Crown Courts.

He said the common platform – the new case management system designed to improve access to criminal case information – was well established in Derby and Chesterfield magistrates’ courts and Derby Crown Court since it was launched in September 2020. In the first quarter of 2021, Bristol Crown and magistrates’ courts would begin using the platform.

But delays in the original timetable for rolling out the common platform was specifically highlighted by Ms Gallagher for criticism. She attributed delays directly to the challenges associated with the complexity of technology involved in updating existing practices.