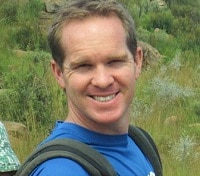 A stripped-down telephone advice service for a single pre-payment fee of £45 was launched this week by legal entrepreneur Brad Askew.

Naked Legal does not offer formal legal advice, nor does it refer clients who need that advice to lawyers.

Instead staff suggest ways of finding a solicitor or pointed them to the Law Society website, said Mr Askew.

Mr Askew, who successfully, said his experience of the legal market indicated that 92% of people with a legal problem did not actually need to see a solicitor.

“Everything that makes getting advice slow, complicated and expensive has been stripped away,” Mr Askew said.

“It’s like a paying version of a CAB, but you don’t need to wait three weeks to talk to an experienced and qualified legal adviser. It’s about getting help quickly, simply and cheaply, but the most important thing is speed.”

Mr Askew’s team of legal advisers are outsourced, under what could be described as a white labeling agreement. He said they were not working as practicing solicitors or barristers, but most of them had been in the past.

Mr Askew said the fee of £45 was for an unlimited amount of telephone advice. The aim was to solve people’s problems and, if they were not happy, they could ask for a refund.

“People don’t need to join associations or buy insurance to access a service they may not need,” Mr Askew said. “A monthly subscription to Netflix makes sense, because you’ll probably watch the DVD next month, but, fingers crossed, you won’t need legal services every month.”

Mr Askew said there was a “massive need” for legal advice not being serviced by traditional solicitors, leaving a large number of people without access to justice, particularly after the legal aid cuts.

He gave as an example of a problem unlikely to appeal to solicitors, a mother-in-law who complained that an overhanging tree branch was dropping leaves into her pond, blocking the filter.

Another example was a worker having problems with their manager, but not actually the victim of unfair dismissal.

“My biggest challenge is that I can’t be boring. The moment I become reassuring, I become invisible. I’m not an insurance company turning over half a billion, I’m an entrepreneur.

“I can’t compete with established law firms. What I can do is say I’m independent and the service is 100% built around the user, and hopefully they will feel the love.

“It’s about creating new demand. It’s a bit like Ryan Air and EasyJet entering the aviation market. People start going on holiday to Barcelona who have never been on a plane before.”

Mr Askew said the advice offered by Naked Legal would cover all areas relevant to individual consumers, with a particular focus on employment, family and housing work.

He added that in the future, if he was able to take the DNA of what Naked Legal was offering to consumers, and offer it to businesses, “that would be great”.