NAH to step up transformation from claims company to law firm 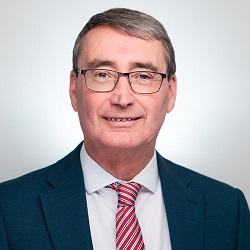 Aspinall: Ready to embrace the reforms

NAHL – the listed company that owns National Accident Helpline – is to step up its transformation from a claims management company into a law firm, it told investors yesterday.

While declaring itself ready to profitably process whiplash claims after the Civil Liability Act reforms kick in on 31 May, it also expects to handle more non-road traffic accident (RTA) claims through its law firm as the year goes on.

It said the business transformation strategy it has pursued over the last five years has seen it turn into a “modern, technology-enabled law firm, with a market leading brand that is able to process its own enquiries”.

The details of the RTA reforms released last week were in line with the company’s expectations and financial planning assumptions, it went on.

“The board was also pleased to note that the legislation did not make any changes to the small claims track limit for non-RTA claims, which had previously been anticipated.”

No longer regulated as a claims management company, National Accident Helpline is now a trading name of National Accident Law (NAL), the wholly owned alternative business structure (ABS) the group set up in 2019.

This is in addition to two joint venture ABSs with law firms NewLaw Solicitors and Horwich Cohen Coghlan. A third, with Lyons Davidson, closed in late 2019.

It went on: “Management have made good progress with each element of this strategy. In December 2020, key upgrades to the call centre technology, digital journey and customer triage processes were successfully implemented.

“Since January 2021, the majority of new RTA claims have been processed in NAL and the necessary changes to enable all RTA claims, including small claims, to be processed in NAL will be completed ahead of the [reform] implementation date.

“Commencing in the second half of 2021, it is anticipated that an increased proportion of non-RTA claims will be transferred into NAL.”

NAHL chair Tim Aspinall said: “The management team has worked extremely hard over several years to ensure we are ready to embrace these changes.

“Since the initial government announcement which proposed the reforms back in November 2015, we have successfully transformed our business by becoming a leading volume processor of personal injury claims.

“We are pleased to have clarity on the detail and timing of the reforms and the board is confident that, as we emerge from the pandemic, our business can deliver sustainable growth in a post-reform world.”

NAHL’s share price dipped 4% to 42p yesterday. A possible reverse takeover of the group by Frenkel Topping – which had boosted the share price in the autumn – was called off in January.

A special Legal Futures webinar on the whiplash reforms, looking into the detail of the rules and other information published last week, is taking place on Friday 12 March. For more information, click here.