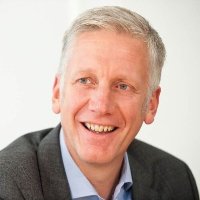 The wholly owned alternative business structure (ABS) being launched next month by NAHL plc, the company that owns National Accident Helpline, is likely take on around 30,000 claims a year by 2023, it has emerged.

The company’s direct involvement in personal injury (PI) cases – NAHL also has two joint-venture ABSs – could see its PI income rise from just under £30m last year, to more than £50m in 2021, around half of which will be generated by the new firm.

The figures are contained in a company note issued by finnCap, NAHL’s nominated adviser and broker, in the wake of the annual results published this week.

The joint ventures, which act as regular panel firms, are Your Law, in association with NewLaw Solicitors, and National Law Partners, in partnership with Lyons Davidson. The note said these were now profitable – generating £2.6m in 2018 – “illustrating the potential from taking NAHL’s triaged PI enquiries through to case settlement”.

The wholly owned ‘small claims ready’ firm, National Accident Law, opens for business next month. NAHL chief executive Russell Atkinson confirmed to Legal Futures that this will be a “low-touch” automated system “unless the consumer wants to talk to us”. The firm will take a straight cut of damages.

The results on Tuesday said the panel was already shrinking as the PI market starts to change ahead of next year’s reforms. Mr Atkinson said the panel would in future focus on higher-value claims and claim types not affected by the reforms.

The finnCap note forecast a roughly constant level of triaged enquiries in the coming years – 65,468 were generated in 2018 – but a major change in who deals with them.

It predicted that, by 2023, around half of enquiries would be handled by National Accident Law, with the rest split equally between the other two ABSs and the panel.

Mr Atkinson said NAHL would maintain the joint ventures, rather than folding everything into National Accident Law.

“There’s a significant working capital investment in running claims, which is something we’ve never had in our business before,” he said. “It’s a great assistance to us to have people who share in that working capital burden and the profit that it makes.”

This shift to being involved in running claims would also take time to come through in its financials because NAHL can only recognise income when liability is admitted, rather than upfront as it has traditionally when just passing on claims.

The market has responded well to the results announcement, with NAHL’s faltering share price up over 10% since Tuesday – having dropped in January following a profit warning.

“We felt that the share price drop was a little overegged but the markets for everything at the moment are quite sensitive,” said Mr Atkinson. “When you’re a PLC and you put out a note like we did in January, you can’t give the full picture to people.”

Now that it had done that, he added, “people have got a bit more comfort”.

He also expressed concern that there was no information about the progress with new portal, which he said made it “difficult for everyone in the market” to plan.

“I’m a little worried that what comes out in April 2020 will come out of political expediency and it won’t be the right solution for the customer.”