‘Mystery shopping’ exercise finds firms do not follow up enquiries 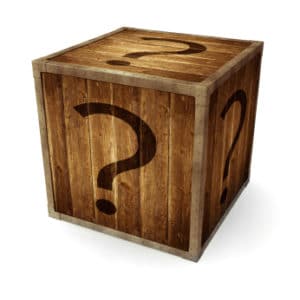 Only a tiny number of law firms follow up enquiries from potential clients after making initial contact with them, ‘mystery shopper’ research has found.

And even that initial contact is often too slow in a world where ever-more rapid responses are expected.

Further, when firms did respond by e-mail, 86% of the potential clients would have welcomed a live discussion but in reality this only occurred 25% of the time because contact details were not requested by the firms.

A significant minority of the mystery shoppers remarked that the responses they received were not sufficiently personal. Almost half of firms did not use the client’s name at all following walk-in enquiries, and 43% of receptionists asked and used the client’s name in telephone contacts. A third of clients who received e-mails felt they were not personalised.

However, the mystery shoppers’ experiences of contact were generally satisfying. Two-thirds of the walk-ins said they would contact the firm again and 60% of them were able to speak to a fee-earner directly.

Almost as many of those who contacted firms via websites said they would contact the firm again (59%), and nearly nine out of ten firms did respond to the initial enquiry. More than half of those who telephoned were able to speak to a fee-earner and a similar number of firms called back when they were left a message.

One in 20 firms did not have an answerphone to receive out-of-hours calls, so the calls were lost.

Shoppers Anonymous’s chief executive, Jonathan Winchester, told Legal Futures that solicitors’ firms often quickly judged enquiries as being too small, or decided they were too busy. This was a “poor excuse”, he suggested.

He added: “What they don’t realise, of course, is that a small enquiry can lead to a massive enquiry, or to a piece of work growing. What they tend to do is to see it as an interruption and they simply just do not ‘get’ the lifetime value of a customer.”

Young, tech-savvy clients who were used to fast service would in future not wait to be contacted, he warned. “The challenge for law firms is the ‘millennials’ – the new group of customers coming through, who expect everything to be now, fast and accurate – and firms, or least the ones in this survey, just aren’t really geared up to deal with that.

“They’ve got… to understand that if a client can buy a computer today and have it working in their office tomorrow, then the service from a solicitor needs to be quicker than that. They will find other ways of getting that advice and service straight away, if the traditional firms don’t change.”

But he said that often when he confronted “business owners” – such as law firm partners – with poor service at their firms, they were horrified. “Their jaws hit the floor; they just cannot believe that’s happening in their firm”. Too few firms “talk about customer service at board level”, he observed, adding: “I’m privy to some of these meetings and they don’t really talk about it – it’s just not on the agenda.”