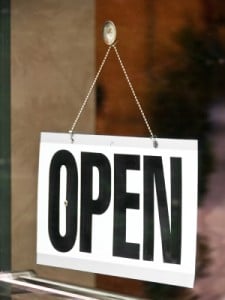 Law firms are still underperforming when dealing with potential clients on the telephone rather than face-to-face, a mystery shopping survey has found.

Only 7% of firms followed up a phone enquiry, while just 39% of web enquiries led to a conversation with a fee-earner.

When they walked into law firms, the mystery shoppers from Insight6, formerly Shopper Anonymous, said their treatment by all 70 firms in the survey was “warm and engaging”.

Based on their walk-in experiences, 58% of shoppers said they would recommend the firms, while a third believed they were getting an “added value experience”.

Some 71% of shoppers – who covered a range of legal problems – said they felt they had spoken to an “expert”. However, only 9% of discussions were followed up.

While 83% of reception areas were “warm and inviting”, only a quarter of shoppers said their first meeting was in a “suitably private” place.

Mystery shoppers were less impressed by the treatment they received after visiting law firm websites, which only 56% found “warm and inviting”. Little more than a third (37%) said they would recommend the firm based on their experiences.

Researchers found websites easy to navigate (96%) and easy to view on mobiles (91%) and a large majority of firms (79%) responded to their enquiries.

There was no problem either with the email responses they received, which were praised by a large majority for being well-written, jargon-free and answering their needs. However, only 39% of web enquiries led to a conversation with a fee-earner.

Most laws firms (69%) answered the phone within three rings, and 93% of calls were conducted in a “polite and enthusiastic” manner.

Following the call, 55% of shoppers were put through to a fee-earner, but only 7% of law firms followed up the call.

Jonathan Winchester, chief executive of Insight6, said: “Simple disciplines such as taking the clients details, being more personal and committing to follow up on the enquiry are easy ways that can drive more conversion and increased turn over into a business.

“While it is not ‘rocket science’, firms need to focus on their own client journeys to ensure they are improved, and then measure it all year round.”

Despite the negatives, Insight6 said The Client Journey Project 2018 saw “slight improvements” on the previous year, with the positive experiences across the board going up from 59% to 65%.