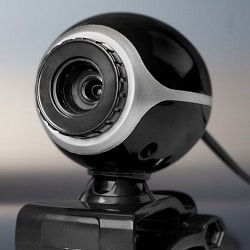 Webcam: No guarantee of female proctor for student

A Muslim Bar student has spoken about how she felt forced to defer her exams to December because the Bar Standards Board (BSB) said she had to remove her headscarf for ID purposes but could not guarantee that it would be a woman who would watch.

It is the latest twist in the fast-escalating crisis engulfing the BSB, which has now hit the national media over students having to urinate at their desks, while the Bar Council has also ramped up the pressure with a letter demanding answers from the regulator.

The BSB issued a statement on the problems today.

Shaima Dallali told Legal Futures that, in advance of the exams, her course provider asked students to fill out a survey for the BSB about any special arrangements they need, which included a question on headscarves.

“Based on this, my provider emailed me and quoted guidance from the BSB saying that I may be required to ‘partially’ remove my headscarf and show my ears for ‘ID’ and ‘security purposes’.

“My provider asked if I would have any issues with this and I said that I would require a female to go through the process. They then emailed again, saying the BSB said they cannot guarantee me a female proctor [the name used by test provider Pearson VUE for its online invigilators].”

Ms Dallali said she has never been asked to remove her scarf for any exam before.

“I tried to solve the issue and was in contact with my inn, provider and BSB but due to religious reasons, I cannot risk being in such position without any guarantees. After trying so hard to resolve [this] and the stubbornness of the BSB, I felt like I was left with no other option but to defer.”

On social media, there have been questions of whether this breaches anti-discrimination rules.

In a statement, the BSB told Legal Futures: “The Bar exam represents an essential professional achievement for students seeking to enter a profession that requires the utmost integrity, and therefore maintaining the integrity of the exam is also very important.

“Together with our test delivery partner, Pearson VUE, we are committed to delivering an inclusive testing experience for all candidates.

“Candidates have the right to wear religious apparel during an exam. As part of the check-in process for all exams, Pearson VUE requires candidates to quickly and partially adjust head coverings to allow for necessary routine security checks that help to keep the exam content safe. This applies to anyone taking an online proctored or test centre exam.

“Because of ongoing increased demand due to the pandemic, Pearson VUE is unable to guarantee a person of the same sex to conduct the security checks. We informed the BPTC providers about these requirements in advance and made clear that we expected that they would therefore make alternative arrangements for any students who were not comfortable with these requirements.”

National press coverage has focused on the requirement that students taking the test online could not leave their desks and have been urinating into various receptacles instead – although, as the BSB has pointed out, they were warned in advance that they would not be able to leave their computers during exams and were told to go to the toilet as near to the start of the exam as possible.

Equally, there was push-back against this more than two months ago, led by Students Against The BSB Exam Regulations (SABER), which has been co-ordinating concerns about the BSB’s approach to online exams.

One student was reported on social media to have worn an adult nappy to get through the exam.

Technical problems have seemingly been the greater problem, with SABER saying last night that it had so far received 103 responses to its survey of students’ experiences, almost all of which highlighted problems.

Today is the last day of the four days students could sit the ethics exam on – there are still the civil and criminal litigation papers to go – and those who suffered a system crash during the exam have been told that they will now have to wait until December to resit because they have already seen some of the questions.

However, it has emerged – given people were taking the exam on different days – that there is a bank of questions available and so students do not all sit exactly the same test.

We asked the BSB why students could therefore not resit now and be asked different questions, but a BSB spokesman said that “to maintain the integrity of the exams, we can’t comment on specifics relating to how the bank of questions is managed”.

Bar Council chair Amanda Pinto QC added to the pressure on the regulator with a letter pointing out that its education and training committee wrote in early July to express concerns and to request that the BSB consider a short comfort break during the lengthy exams.

“It is disappointing that this was not progressed. The Bar Council also cannot understand why students in test centres are not permitted water on their desks, especially bearing in mind the hot weather.” Students at the test centres had to ask to leave their desks and were escorted to a locker where they had left their water.

There have been other complaints about the test centres, which those with reasonable adjustments in particular were encouraged to use, although securing a slot proved difficult for some. One student with dyspraxia explained on Twitter how being given a noisy room by the reception made the test difficult.

Ms Pinto continued: “Separately, we find it difficult to understand why students who suffer technical difficulties during their exam have had to defer their exams until December, rather than a date later in the week.

“This enforced deferral will mean that many will not know whether they have passed their exams before they start pupillage, inevitably adding to their stress. We believe those students deserve an explanation.

“I would be grateful if you could let me know what the BSB is doing to ensure that those students who encountered difficulties during their exams are reassured and treated fairly.”

Barristers have continued to highlight their unhappiness with what’s happening. Caoilfhionn Gallagher QC tweeted that “the treatment of students with disabilities and conditions such as Crohn’s is just appalling, and seems to have been raised by [SABER] and others for months without an effective response. This is shameful”.

As we reported yesterday, some barristers have rallied round to offer help to students.