Munby sets aside divorce petitions because of fraud by disbarred barrister 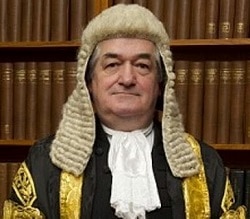 The president of the Family Division has set aside 21 fraudulent divorce petitions produced by a disbarred barrister.

Sir James Munby found that, in each case, the underlying proceedings were “tainted by deception in relation to the address of either the petitioner or the respondent, and the decrees, where decrees have been granted, were obtained by deception”.

The applications were made by the Queen’s Proctor – an official of the Crown able to intervene in divorce and probate cases.

The judge said: “Mr Simon Murray, on behalf of the Queen’s Proctor, submits that in each case the court was deceived by fraud – essentially by the use of false addresses, 73 or 75 West End Road, Southall, Middlesex, UB1 1JQ – into accepting that it had jurisdiction to entertain the petition, with the consequence, he further submits, that each of the decrees, whether nisi or absolute, is void, irrespective of whether one or both of the parties has subsequently remarried or even had a child.

“The Queen’s Proctor alleges, and I find as a fact, that the architect of these frauds, as I find them to be, was one Khalik Bhatoo, a former member of the English Bar. At the relevant times members of his family owned properties at 73 and 75 West End Road…

“It is a matter of public record that Mr Bhatoo was convicted on 28 April 2003 before Kingston Magistrates’ Court of two offences of dishonesty in relation to obtaining housing and council tax benefits and that on 1 October 2006, following an unsuccessful appeal from the decision of the tribunal, he was disbarred, after a disciplinary tribunal of the Council of the Inns of Court on 23 May 2005 had found him guilty of three offences of professional misconduct.”

The Queen’s Proctor alleged that Mr Bhatoo was responsible for making all 21 of the divorce applications “and may also have been involved in the signature process of some of the petitions and some of the acknowledgement of services in response to those petitions”. Expert handwriting evidence backed this up.

In three of the cases, Mr Bhatoo appeared to have administered the oath and stamped ‘BHATOO’, ostensibly at “Chancery Chambers, 74 Chancery Lane” and on a date following his disbarment. Police enquiries found that these chambers no longer existed.