MPs’ watchdog takes on barristers too as new BSB chair 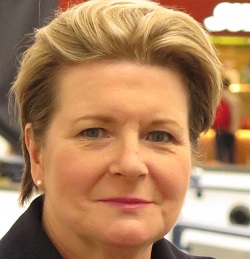 Kathryn Stone is to add overseeing the conduct of barristers to her current role as MPs’ watchdog after she was appointed chair of the Bar Standards Board (BSB).

She has been a member of the BSB board member since 2018, recently telling the regulator it was “time for radical thinking” to get a grip on the growing backlog of investigations and poor performance on timeliness.

Mark Neale, director general of the BSB, said: “Kathryn has provided invaluable advice and support to the BSB over the past four years. She has had a distinguished career in public life and I very much look forward to working with her in her new role as our chair.”

Ms Stone, who was awarded an OBE in 2007, has been Parliamentary Commissioner for Standards – overseeing the register of members’ financial interests and the code of conduct for MPs – since January 2018, having left her role at the Legal Ombudsman early to take on the post.

She has also been a commissioner with the Independent Police Complaints Commission and at the Commission for Victims and Survivors in Northern Ireland, and chief executive of national charity Voice UK.

Ms Stone said: “The BSB’s vision is to regulate the Bar in the public interest by promoting high standards, equality and access to justice. I look forward to ensuring that the BSB works in collaboration with the profession, other legal regulators, legal consumers and all our stakeholders to ensure that that vision can be achieved.”

Bar Council chair Mark Fenhalls QC said: “Kathryn brings a wealth of knowledge and experience to the BSB from a varied and distinguished public service career. I am very much looking forward to working with Kathryn and congratulate her on the appointment.

“I would also like to put on record our thanks to Baroness Blackstone for all of her work as the outgoing chair.”

Ms Stone was appointed by a panel made up of two members of the board, a nominee of the Lord Chief Justice and an independent lay chair.

Ms Stone is an advisor to an EU Peace Programme, independent adjudicator to the Rail Ombudsman and a school governor. She is also a chartered director, a fellow of the Institute of Directors and was formerly a registered social worker. She was awarded an Honorary Doctor of Laws by the University of Derby, near where she grew up, in 2018.