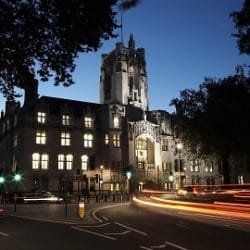 The “high number of instances” in which the Supreme Court has reversed its position on the law and adopted approaches more favourable to the executive has created “the troubling appearance (even if it is only an appearance) of the politicisation of the judiciary”, MPs have warned.

They said the Supreme Court had not only done this seven times in the past two years but had adopted – whether “deliberately or accidently” – the “language used in political talking points” by the government.

In the report An independent judiciary – Challenges since 2016, the All-Party Parliamentary Group (APPG) on Democracy and the Constitution said the witnesses it had heard were split on whether “a context of soft pressure” on judges from ministers, with “the constant threat of political reform”, had influenced judicial decisions.

As a result, the APPG decided to examine recent Supreme Court decisions itself, without trying to decide if the court had reached the ‘right’ or ‘wrong’ conclusions.

“Seven decisions were identified, since 2020, in which the Supreme Court has departed from its previous authority and assumed a position more palatable to the executive.”

Since the court had determined fewer than 40 public law matters in that time, this represented a “notable portion”.

The MPs went on: “Correlation does not necessarily equate to causation and the APPG has not had sufficient evidence (or time) to reach a definitive conclusion.

“Nonetheless, the mere appearance of the Supreme Court departing from its previous interpretations of the law and, instead, adopting positions favoured by the executive, is worthy of note if not of concern.”

The APPG said a number of witnesses at its hearings had noted “a change in the judicial approach of the post-2020 Supreme Court”, with the majority of justices retiring and being replaced during that time.

The APPG quoted the previous Lord Chancellor, Robert Buckland, as saying in 2021 that it was “incumbent on the courts to correct any potential problems of judicial overreach” and he was “encouraged” by recent decisions of the Supreme Court.

“For senior members of the executive to express satisfaction at a perceived change of direction by the court, in the light of several years of political pressure, risks creating the impression that the executive believes that it has been successful in pressurising the court to behave more favourably to its wishes.”

Looking at the wider picture beyond the Supreme Court, the APPG said ministers had “acted improperly in attacking judges and, in particular doing so in a way that might reduce public confidence in the judiciary and/or implies that ministers know better than judges on questions of fact and law”.

Constitutional safeguards, intended to ensure the executive behaved properly towards the judiciary, were “insufficiently effective”, particularly the informal constitutional convention that ministers did not attack judicial decisions.

The “politicisation of the offices of Lord Chancellor and Attorney General, and the appointment of politicians with little or no legal experience or standing” left the executive “without a strong figure to assist ministers’ understanding” of constitutional duties.

“Moreover, the possibility that politicians may see the offices of Lord Chancellor and Attorney General as ‘stepping stones’ to subsequent promotions may conflict with their constitutional duties to safeguard the independence of the judiciary.”

The consensus among witnesses was that candidates for the position of Lord Chancellor “should have attained a level of seniority in the legal profession broadly equivalent to that of a senior judge”, which would mean in practice that they would be QCs practising as barristers for at least 20 years.