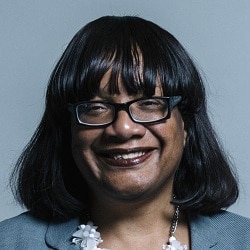 Abbott: Problems with searches in Hackney

Conservative and Labour MPs have warned of the danger that the property market will fall off a “cliff edge” when the stamp duty holiday ends at the end of March.

Some called for a phased end to the relief rather than an extension of the holiday, which raised the minimum value of properties subject to the tax from £125,000 to £500,000. Only Liberal Democrat MP Sarah Olney said she opposed any form of extension.

The debate was sparked by an e-petition signed by 138,000 people that called for a six-month extension, although in its written response to the e-petition, the government gave little sign of changing its position.

Conservative Elliott Colburn predicted that the end of the holiday on 31 March would lead to “unprecedented demand” from buyers who had budgeted for the tax break to withdraw from conveyancing transactions.

He said phased or tapered removal of the tax relief would be preferable to a complete end.

Fellow Tory Kevin Hollinrake, the founder of an estate agency, said the country was “approaching a cliff edge”, but extending the holiday would simply extend it to “another cliff edge”.

He said he had seen three property recessions and three or four stamp duty concessions to stimulate the market, and each one had ended in a cliff edge when the deadline was reached.

Mr Hollinrake said the latest stamp duty holiday had gone on for too long and created a “bubble effect”.

He suggested that, when it ended, an exception could be made for transactions at a “fairly advanced stage” – for example if they had a mortgage offer by the end of February.

Labour MP Diane Abbott called for a “specific exemption for the people of Hackney”, her constituency, who were suffering because a “very serious cyber attack” on Hackney Council last October had prevented any local land searches being made and stopped people in the borough from moving house.

Labour MP Janet Daby said the holiday not only helped first-time buyers, but also people “in financial hardship because of Covid-19 who need to downsize”.

Only Ms Olney was opposed to the stamp duty holiday, describing it as a “massive tax give-away to the wealthy”, while other tax priorities were overlooked.

She said the estimated £3.8bn the government had spent on the stamp duty holiday could have been spent instead on financial support for low income families or the high street.

Jesse Norman, financial secretary to the Treasury, said the rationale for introducing the holiday last spring was to “drive the recovery of the property market and stimulate immediate momentum” by keeping house sales moving.

Mr Norman said it followed a slump in the property market during the first national lockdown, which led to a 50% drop in transactions last April.

He pointed out that both Scotland and Wales have decided not to extend the holiday.

He added: “The government will continue to listen carefully to representations from individuals and from those who are themselves planning to buy or sell a property.”