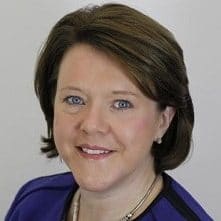 Miller: Organisations have a duty of care

There has been some improvement in how lawyers approach the use of non-disclosure agreements (NDAs), but regulators must take “rigorous enforcement action” over poor conduct, MPs said today.

The women and equalities committee also told the Law Society that it should revisit its controversial guidance on NDAs.

The House of Commons committee has followed up its 2018 report on sexual harassment in the workplace with one on the use of NDAs in discrimination cases.

“It is completely unacceptable that allegations of unlawful discrimination and harassment in the workplace are routinely covered up by employers with legally drafted NDAs,” it said.

“It is clear that in some cases allegations of unlawful discrimination are not investigated properly – or at all – by employers.

“The difficulties of pursuing a case at employment tribunal and the substantial imbalance of power between employers and employees, mean that employees can feel they have little choice but to reach a settlement that prohibits them speaking out.

“Our report shows unequivocally that in many cases signing an NDA is not benign. And we challenge the government to act to change this now.”

On regulation, it said evidence indicated that the Solicitors Regulation Authority’s NDA warning notice, published in March 2018, as well as the committee’s earlier report and greater reporting in the wake of the #MeToo movement “has raised awareness among legal practitioners about the ethical use of NDAs in settlement agreements”.

That has led to “some change in approach, with attempts to insert more egregious clauses becoming less common”.

It quoted evidence from leading employment lawyer Jane Mann, a partner at City firm Fox Williams, who said the SRA warning notice had “focused minds on what is appropriate and not appropriate in the negotiation and drafting of these types of settlement agreements and the behaviour of solicitors in relation to these negotiations”.

She continued: “I think there is a sea change at the moment, not just in our profession in the way our regulator and we ourselves look at it, but across the business world and across society.”

However, the committee cited Richard Moorhead, professor of law and professional ethics at UCL and a special adviser to this inquiry, in suggesting that the SRA could do more by further clarifying its guidance and taking action to enforce it.

At the same time, the report recorded the SRA’s evidence that it had received only 19 reports since late 2017 about the inappropriate use of NDAs.

Professor Moorhead also outlined his concerns about the Law Society guidance, which he described as “a disappointing document, that shows no ethical leadership in the field” and suggested should be revisited. The society sought to defend it recently.

The committee said: “We agree that the Law Society’s guidance on NDAs needs revisiting.”

It continued: “Regulators of members of the legal profession must make it clear to those they regulate that they will take rigorous enforcement action in this area if they become aware of actions and behaviours that do not meet the high ethical standards expected of legal professionals.

“This should be set out in guidance and followed up by appropriate action.”

It also restated its 2018 recommendation that the use of provisions in confidentiality agreements that can reasonably be regarded as potentially unenforceable “should be clearly understood to be a professional disciplinary offence for lawyers advising on such agreements”.

More broadly, the committee’s key recommendations were that the government should:

The committee also renewed its previous calls for the government to place a mandatory duty on employers to protect workers from harassment and victimisation and “urgently improve the remedies that can be awarded by employment tribunals as well as the costs regime to reduce disincentives to taking a case forward”.

It said tribunals should be able to award punitive damages, that awards for the non-financial impact of discrimination should be increased significantly, and that employers should have to pay the legal costs of employees if they lose a discrimination case where harassment has been alleged, as reported separately by Litigation Futures.

The committee said it was disappointed that its previous recommendation that the government should make it an offence for an employer or their professional adviser to propose a confidentiality clause “designed or intended to prevent or limit the making of a protected disclosure or disclosure of a criminal offence” was not being taken forward.

Reiterating the call, it said: “The government’s argument that this ‘could be difficult to enforce’ is weak. Failure to tackle poor and unethical practice in this area leaves workers insufficiently protected and facilitates the covering up of discriminatory and, in some cases criminal, behaviour.

“The government must show that it is taking this issue seriously.”

The MPs welcomed the government’s proposal to require that the independent advice a worker receives on a settlement agreement must cover the nature and limitations of any confidentiality clause and the disclosures that a worker is still able to make.

It said the government should also require employers to cover the costs of this legal advice, and of further advice and representation should the worker want to negotiate the terms, regardless of whether the employee signed the agreement.

Committee chair Maria Miller MP said: “It is particularly worrying that secrecy about allegations of unlawful discrimination is being traded for things that employers should be providing as a matter of course, such as references and remedial action to tackle discrimination.

“After signing an NDA, many individuals find it difficult to work in the same sector again. Some suffer emotional and psychological damage as a result of their experiences, which can affect their ability to work and move on.

“There is also the financial penalty of losing a job and bringing a case against an employer.

“Organisations have a duty of care to provide a safe place of work for their staff and that includes protection from unlawful discrimination.

“Some organisations now routinely settle employment disputes without the use of NDAs. We have put forward a range of measures to ensure more follow suit.”

The Legal Futures NDAs, Harassment and Whistleblowing Masterclass is being held on 16 September in London. See here for all the details.