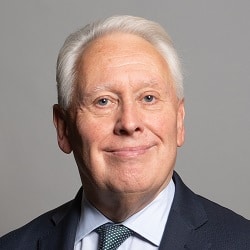 MPs have called for an extension of the court duty solicitor scheme for housing possession cases to other areas of civil justice where there are “significant numbers” of litigants in person (LiPs).

The justice select committee also called for significant reform to avoid the “real chance” of a shortage of criminal defence lawyers in the coming years.

In a report on the future of legal aid, the MPs said “sustainability issues” for civil legal aid providers were “sufficiently serious to justify a complete overhaul of the system”.

In particular the committee recommended the government “consider whether the model of the possession duty scheme should be used in other areas of the civil justice system where there are significant numbers” of LiPs.

“Non-means tested advice at court on the day of hearing could provide an economical way of offering some legal support to vulnerable litigants.”

The committee warned that, with rising numbers of LiPs, inaction was “not an option”, and “more accessible and effective” forms of support needed to be provided.

The MPs went on: “We suggest that the civil legal aid system needs an updated version of the Green Form scheme, which was introduced in 1973, that would allow individuals to understand their rights and be directed to the services that are most appropriate for their situation.

“One suggestion we have received is that the government could develop and pilot an ambitious and economically viable early advice scheme, that enables individuals to access timely legal and expert advice.

“Rather than being constrained by issues of scope, such a scheme should be strategically targeted at those who would most benefit from early advice.”

The committee said the exceptional case funding scheme used by the Legal Aid Agency (LAA) should be reformed, and recognised the strength of a suggestion by Richard Miller, head of the justice team at the Law Society, that judges should be empowered to make a direction that an individual needs representation, binding on the LAA.

MPs also backed a suggestion by campaign group JUSTICE that an online platform for legal advice should be created, directing people to legal aid providers.

On the LAA itself, the committee welcomed the agency’s work to respond to criticisms from providers that there was a “culture of refusal”, but said priorities needed to be re-evaluated.

“By asking the agency to prioritise the ‘error rate’ over other considerations, particularly access to justice and the sustainability of providers, the government risks missing the wood for the trees.”

MPs said the government should consider “creating a system of earned autonomy that places more trust in the decision making of providers with strong records of high-quality decision making”.

On criminal legal aid, the justice committee said the system should also be restructured, in this case ensuring that it worked for complex cases and sustained providers.

“The predominance of inadequate fixed fees in the current framework is problematic.

“The structure of the fees does not reflect the complexity of the work required, nor does it incentivise firms to take on the most difficult cases at an early stage.

“There is a risk to the fairness of the criminal justice system if lawyers are not willing to take on the most complex cases because of the low rates of pay.”

MPs warned that without significant reform, there was “a real chance” that there would be a shortage of qualified criminal legal aid lawyers.

“This risks a shift in the balance between prosecution and defence that could compromise the fairness of the criminal justice system.

“There appears to be a growing imbalance between the ability of criminal defence firms to recruit and retain staff and that of the Crown Prosecution Service.”

The committee recommended that the government consider linking legal aid fees to the rates of pay of the Crown Prosecution Service; Sir Christopher Bellamy’s current review, commissioned by the Government, provided an opportunity to address the failure to increase criminal legal aid fees for solicitors over the past 20 years.

“Thereafter, fees and rates should be regularly reviewed in line with inflation, otherwise the gap will build up over time and become harder to address.”

Sir Bob Neill MP, chair of the justice committee, said that, in the last 20 years, efforts to reduce the cost of the legal aid bill had “hollowed out” key parts of the system.

“Fixed fees are failing to cover the cost of complex cases, the number of people receiving legal aid is falling and legal aid firms are struggling to keep going.

“Careers specialising in legal aid are becoming less attractive and legal professionals are moving to the CPS or private practice instead.

“This puts the fairness of the justice system at risk. We have called on the government to ensure that the legal aid system provides an adequate level of funding to ensure that quality legal advice is available at the earliest opportunity for those in need of it.”