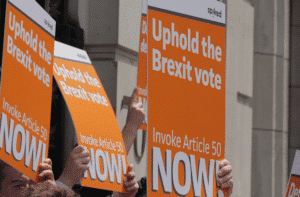 MPs have launched an inquiry into the implications of Brexit for the justice system, including what it means for lawyers themselves.

Issuing a call for evidence, the justice select committee said it wanted to present the government with “recommendations concerning the questions which it will need to address in the eventual Brexit negotiation process”.

It focuses on the likely effects of Brexit on the processes of criminal and civil justice, as well as views on the financial effects on the legal sector and business and the economy more widely, “and on steps which should be taken in the process of Brexit negotiations or by other means to minimise any adverse effects and enhance any positive effects”.

The committee said: “Legal services in England and Wales contributed £25.7bn to the UK’s economy in 2015. Cross-border practising rights and mutual accreditation of qualifications are valued by firms and practitioners.

“For many, their prosperity is linked to the financial sector, itself faced with uncertainty and a need for adjustment – particularly with respect to ‘passporting’. The committee intends to identify threats and opportunities for the future of the legal sector in England and Wales arising from Brexit.

The committee recognised that there was “a significant body of EU law dealing with the handling of cross-border legal disputes”, such as the Brussels regulations covering civil, commercial and family matters.

“Post-Brexit, this EU legislation will not automatically apply to the UK (though much underlying international law will remain). Removing it would affect, for example, the jurisdiction of UK courts to deal with disputes as well as the enforceability of English and Welsh judgments in other member states (and vice versa). Family cases often benefit from such jurisdictional legislation.

“It would create challenges, but also opportunities, particularly in commercial law dispute resolution.”

In relation to criminal justice, the UK participates in some, but not all, of the EU’s policing and criminal justice policies, such as the European arrest warrant, the Prisoner Transfer Framework Decision, and access to pan-EU collaboration through Europol, Eurojust and European Criminal Records Information System.

“Future involvement with these schemes will be subject to negotiation,” the committee said.

The joint committee on human rights has launched a separate inquiry into the human rights implications of Brexit.

Details on making a written submission can be found here.