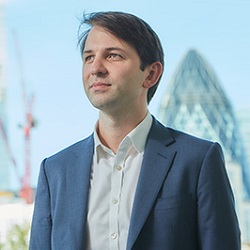 Leading libel lawyers have given very different opinions to the justice committee on what the government should do to control SLAPPs (strategic lawsuits against public participation).

They were speaking to MPs at a one-off evidence session which followed a call for evidence by the Ministry of Justice in March on possible legislative and procedural changes to curb the use of SLAPPs.

Justin Rushbrooke QC, joint head of chambers at 5RB, described SLAPPs as “something of a chimera” in England and Wales and said no action was needed because the law struck the right balance.

The barrister, who acted for Sir Cliff Richard in his privacy claim against the BBC, said the Defamation Act 2013 had been “transformational” in its effect on libel litigation, making it “much less costly” than before.

He said it was “possible than an unmeritorious threat might lead to a publication being pulled” which should have been published, but there were more cases where “defamatory and false abuses of privacy” found their way into the media, particularly the newspapers.

Mr Rushbrooke said that colleagues who, like him, acted for both claimants and defendants, believed that the law as it stood struck the right balance.

“I simply do not recognise the picture painted by some that the libel laws are regularly or even occasionally abused by ‘one-stop shop corruption firms’”.

Mr Rushbrooke added that the situation for defendants had improved “even more” since the UK left the EU, with a “high hurdle” faced by those who were not based here.

“The playing field is not just level, but rightly in favour of defendants.”

But Rupert Cowper-Coles, partner at defendant law firm Reynolds Porter Chamberlain, argued that the statutory protections given to publishers under the Defamation Act were being “circumvented” by law firms bringing privacy claims or data protection inaccuracy claims. This had left a “big lacuna” in the law.

Not only had people “with associations to Putin” brought data inaccuracy claims but international fugitives from justice had come to England and “spent the swag defrauded from their own countries on reputation lawyers”.

He called for the statutory protections for publishers in the Defamation Act to be extended to privacy and data protection cases.

Catrin Evans QC, a media law specialist based at Matrix Chambers, said it was important “not to overstate the problem that SLAPPs represent”, as the number of known cases was very small.

However, the biggest problem was the “pre-action situation” faced by publishers, where there was a “systemic problem with English media law, not just libel law”.

For example, in-house lawyers had to deal with “a lot of threats against publication”, which had the effect of stifling debate.

“The nature of our system is adversarial and it requires evidence to be tested. That is where the costs kick in.”

Ms Evans said the challenge was to give judges the power to “short-circuit the system” in the right cases.

Reform was needed through primary legislation, and the existence of anti-SLAPP laws in the US had provided “a measure of protection”.

“We’ve seen an escalation in this type of law firm behaviour. It is a badge of shame that so many journalists around the world are subjected to this kind of behaviour, emanating from the UK.”