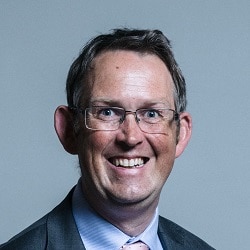 MPs have backed a government amendment that would limit the role of the Lord Chief Justice (LCJ) in approving requests to make new rules for the proposed online court.

Justice minister Paul Maynard said an amendment passed when the House of Lords considered the Courts and Tribunals (Online Procedure) Bill would “fetter” the power of the Lord Chancellor to “give effect to government policy” through rule changes.

The amendment, put forward by former Lord Chief Lord Judge, required the government to secure the concurrence of the LCJ, rather than just consulting with him or her, before giving notice to the Online Procedure Rule Committee (OPRC) requiring it to make rules.

Lord Judge said in the House of Lords: “What in the end we have here is the ability… of the executive to decide how litigation shall be conducted. That is what is objectionable about it.”

Speaking during the bill’s committee stage earlier this week, Mr Maynard said: “Previously, the Lord Chancellor could use the powers without the need to obtain agreement from the Lord Chief Justice.

“The powers originally reflected the legislative procedures in place for the existing rule committees, which have worked well for many years, and which I believe should be retained.

“The amendments in the other place have also altered the constitutional position. I do not consider it acceptable to use the bill as a vehicle for significant constitutional reform.”

Mr Maynard said the bill as it stood “required the Lord Chief Justice to take a decision on the implementation of that policy, which contradicts the traditional role of the independent judiciary” and the concordat setting out the responsibilities of the LCJ.

The minister said there was a “long-standing agreement between the judiciary and the executive that specifically refers to the Lord Chancellor’s power to require committees to make rules to achieve a specified purpose”.

The concordat also referred to “the power to amend, repeal or revoke any enactments governing practice and procedure” to facilitate the making of rules following consultation with the LCJ, as originally provided for in the bill, he added.

“The Lord Chancellor is directly accountable to Parliament for any rules that are made, so it is right that the responsibility lies with him alone.”

However, Mr Maynard said the government had amended the bill in the Lords so the concurrence of both the LCJ and the Senior President of Tribunals was needed before the government laid regulations to bring new types of proceedings online.

“It is very common practice for there to be dual control—the Lord Chancellor and the Lord Chief Justice—in relation to a variety of matters. It seems sensible and is an important safeguard.

“Nowhere should that be more self-evident than when one is dealing with the practical operations of the courts and ensuring, as the bill does, that new systems coming into operation have that practical guidance.

“Having perhaps accepted in principle the arguments that were very well made in the other place, particularly by Lord Judge, I cannot see that the government now wish to weaken that by simply having consultation rather than concurrence.”

Mr Slaughter described the amendment as an “unnecessary bit of control-freakery by the government” and urged the minister to think again.

However, the amendment was passed by eight votes to seven.

Labour MPs backed a different amendment, which would have allowed the OPRC to decline a minister’s request to create new rules. It was defeated by eight votes to seven.

The bill’s committee stage saw a string of other Labour amendments rejected.

Mr Maynard said the bill already provided for people to do this “at different points” in the proceedings.

Another Labour amendment would have required the setting up of a free helpline to provide support to digitally excluded people.

A further amendment would have required a barrister, solicitor, legal executive and magistrate to sit on the OPRC, instead of the single ‘lawyer’ provided for in the bill.

Mr Maynard said the OPRC would be made up of six people – three judges, an IT expert, a representative of the lay advice sector and a “representative from the legal profession”.

He said this would create a “small, focused and agile committee to make new court rules that are easy to understand and tailored for ordinary users”.

The minister added: “It is not just the government who have decided that that is the appropriate number but the judiciary. However, it is not set in stone.

“We recognise that sometimes a variety of expertise may be needed, so we expect that over time the Lord Chancellor will wish to make use of clause 7 to change the composition of the membership.”

Meanwhile, the change in prime minister, which saw David Gauke resign as Lord Chancellor, led to the appointment of justice minister and former Solicitor General Robert Buckland QC as his successor.

Lucy Frazer QC, the former junior justice minister who took over as Solicitor General earlier this year, has made a rapid return to the Ministry of Justice in the reshuffle, but has been promoted to minister of state, again replacing Mr Buckland.