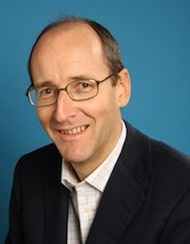 Tyrie: we need to know the extent of this practice

The row over companies sending letters to customers in debt that falsely appear to be from independent solicitors’ firms, rather than their in-house lawyers, is set to rumble on after the Treasury select committee demanded information from the main high street banks about their activities.

Andrew Tyrie MP, who chairs the committee, has written to the bosses of RBS, Lloyds, Barclays and HSBC over reports that they have all used such tactics.

He has asked for details of how many letters were sent, to whom, and why they chose to send letters in this form, rather than marked clearly as being from the bank.

While seeking the banks’ views as to whether the letters were misleading, Mr Tyrie requested a copy of a typical letter sent out “so that the Treasury committee can form its own judgement on whether it is sufficiently clear”.

Mr Tyrie said: “We need to know the extent of this practice. Banks have repeatedly assured Parliament that they are raising standards and now have robust procedures in place to bring consumer detriment to an end. It would be extremely concerning if consumers had been routinely misled.”

RBS has already agreed to stop using solicitor-sounding names for letters, recognising that the practice can be confusing for consumers.

In a statement it said: “Our customers should never be in any doubt about who they are communicating with. We have reviewed our policies in this area and will stop the use of any solicitor or debt collection brand names in correspondence with our customers that could cause confusion.”

The furore began when for using bogus law firms. Last week the Solicitors Regulation Authority warned in-house solicitors that “attempts to mislead” debtors that external firms are taking steps against them could result in disciplinary action.