MPs offer hope for lawyers locked out of Covid-19 support 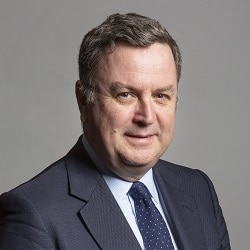 The Law Society and Bar Council have urged the government to act on a report from MPs that that would help lawyers who have fallen through the gaps of the coronavirus support schemes.

The Treasury select committee found over a million people have been locked out of government backing, and said saying Chancellor Rishi Sunak needed to enact its recommendations to fulfil his promise of doing “whatever it takes” to protect people and businesses from impact of coronavirus.

The report, published yesterday, said rolling out financial support “at pace and scale has inevitably resulted in some hard edges in policy design and some critical gaps in provision”, leaving many people enduring financial hardship.

This included those who only joined their employer after 19 March or the newly self-employed – many people who have started a business in the last year do not qualify for support under the eligibility criteria because they do not have a 2018-19 tax return.

The date should be extended for the former while the latter, who would include recently qualified barristers, should be able to provide other forms of evidence to demonstrate their eligibility for the self-employment income support scheme (SEISS), it said.

Another group excluded from support was the self-employed with annual trading profits in excess of £50,000, a figure MPs said was “arbitrary”.

“The government should remove the £50,000 cap and allow those with profits just over this cap access to some financial support, up to £2,500 a month.”

The committee said the government should also help directors of limited companies who take a large part of their income in dividends.

“We urge implementation of a solution whereby HMRC requests additional information about the proportion of dividends that have come from company profits and from other sources, and requires self-certification by the applicant.”

The final group was freelancers or those on short-term contracts: “The government should give this group access to financial support that equates to 80% of their average monthly income, up to a total of £2,500 per month.”

Mel Stride, the Conservative MP who chairs the select committee, said: “Overall, the chancellor has acted at impressive scale and pace. However, the committee has identified well over a million people who – through no fault of their own – have lost livelihoods while being locked down and locked out of the main support programmes.

“If it is to be fair and completely fulfil its promise of doing whatever it takes, the government should urgently enact our recommendations.”

“Many sole practitioners have been limited in their ability to secure government support due to the eligibility requirements of some schemes.

“The committee’s proposed adjustments to the SEISS and further support for those who operate as directors of limited companies would be of significant help to the legal sector and to those practitioners struggling through the economic crisis caused by coronavirus.”

Amanda Pinto QC, chair of the Bar Council, said the report mirrored the experience of thousands of barristers across England and Wales, who were struggling to stay afloat as their work has disappeared.

Pointing to Bar Council research that, without support, 71% of barristers in their first seven years of practice would not be able to survive past October, she said “the future of the barristers’ profession, like others, hinges on such small changes to government support”.