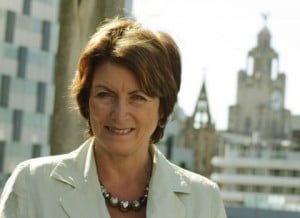 MPs have called on the government to put pressure on the Solicitors Regulation Authority to stop personal injury lawyers “playing the system” by commissioning unnecessary medical reports on psychological injuries.

In its fourth report on the cost of motor insurance, published today, the transport select committee was equally critical of the behaviour of the insurance industry and raised concerns about the ownership of medical reporting agencies by alternative business structures (ABSs).

Committee chair Louise Ellman said: “While premiums are now falling, aspects of the market remain dysfunctional and have encouraged criminality to take root.”

The committee’s latest inquiry into whiplash reform was launched in November, after an earlier report was widely credited with persuading the government not to raise the small claims limit.

In Driving premiums down: fraud and the cost of motor insurance, MPs said the Association of British Insurers had complained that “unqualified individuals” were testing claimants for psychological injury.

The ABI said the questionnaires being used were “insufficiently rigorous” and that claims were often advanced “for the benefit of the claimant solicitor” rather than the accident victim.

The ABI suggested that separate psychological reports were ordered in around 2% of whiplash, neck and back injury claims, nearly twice as many as before 2011.

However, the Motor Accident Solicitors Society (MASS) told the committee its survey had found the figure was much higher, at 4%, and it was an area requiring “closer investigation in the future”.

In response, the select committee recommended that once independent medical panels for whiplash injuries had been implemented and shown to work, the government should be “prepared to extend their scope to other types of injury if necessary”.

MPs also recommended that the government press the SRA to “stop some solicitors from playing the system to maximise their income from unnecessary medical reports”.

However, they strongly criticised insurers for the way they “inadvertently encouraged criminal activity”, for example by their willingness to “pay compensation for whiplash claims which they suspect are fraudulent without requiring the claimant to undergo a medical examination”. It backed government plans to stem this practice.

The MPs also agreed with the government’s announcement that solicitors will be banned from offering inducements to personal injury victims and called for details to be published.

The committee added that it welcomed the government’s intention to ban law firms from owning medical reporting agencies.

“Action is required to prevent abuses arising from alternative business structures that allow solicitors to commission medical reports on whiplash and other soft tissue injuries from medical experts who are not genuinely independent,” Ms Ellman said.