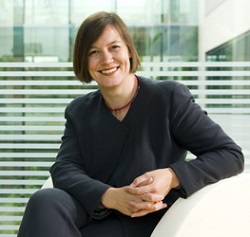 MPs on the public accounts committee (PAC) said today that they have “little confidence” that the court modernisation programme can be delivered.

They expressed concern that HM Courts and Tribunals Service (HMCTS) has not adequately considered impact on access to, and fairness of, the justice system with its plans.

The report follows a critical report in May [1] by the National Audit Office and evidence taken by the committee [2] from a range of witnesses.

The PAC report said the performance of HMCTS to date “shows that it has much to learn if it intends to do everything it plans”.

It explained: “Despite extending its timetable from four to six years, HMCTS has already fallen behind, delivering only two-thirds of what it expected to at this stage, and it still has not shared a sufficiently well-developed plan of what it is trying to achieve.

“The pressure to deliver quickly and make savings is limiting HMCTS’s ability to consult meaningfully with stakeholders and risks it driving forward changes before it fully understands the impact on users and the justice system more widely.”

The PAC was worried that the court closure programme – 258 have been closed in the seven years to December 2017 – was happening before services moved online, “meaning that many people are having to travel further to access justice”.

It said: “This can cause many people severe difficulties, particularly for those who rely on public transport or have caring responsibilities. More closures are underway, yet HMCTS has undertaken limited work to review the impact of the closures on users or how demand for court time has been affected.

“HMCTS has not properly tested the use of new technology in accessing justice. Although HMCTS assured us that it is testing digital services, like online forms, with users, this does not amount to a proper evaluation of the wider impacts of the changes in the real world.

“We are concerned that HMCTS told us a great deal about processes and products and not enough about how the changes might affect people. Moving services online without assessing the impact could have serious implications for users of the justice system.”

The committee warned that HMCTS needed to ensure that the £265m a year savings expected from the reforms were genuine, “rather than the consequence of shunting costs to other parts of the justice system such as the police, prison service or Crown Prosecution Service”.

It added: “Without a better grip on these wider issues, there is a significant risk that HCMTS will fail to deliver the benefits it expects.”

PAC chair Meg Hillier MP said: “Government has cut corners in its rush to push through these reforms. The timetable was unrealistic, consultation has been inadequate and, even now, HMCTS has not clearly explained what the changes will mean in practice.

“Our report recommends action to address these failings. But even if this programme, or a version of it, gets back on track I have serious concerns about its unforeseen consequences for taxpayers, service users and justice more widely.

“There is an old line in the medical profession – ‘the operation was successful but the patient died’.

“It is difficult to see how these reforms could be called a success if the result is to undermine people’s access to justice and to pile further pressure on the police and other critical public services.

“Government must engage properly with these challenges and explain how it will shepherd this programme through the upheaval taking place across the justice system.”

The PAC set HMCTS a series of deadlines. It said that, by November 2018, HMCTS should publish plans on how and when it would engage with stakeholders and be clear about how it would act on the feedback received.

Further, HMCTS should write to the PAC, by January 2019, to provide assurance about its updated timetable for delivery and continue to do so every six months.

By the same date, it expected HMCTS to provide “a clear and detailed articulation of what the changes will mean in practice” for all the users of the justice system, and when users can expect these changes to be in place.

Also by January 2019, HMCTS should tell the PAC how it will identify and evaluate the impact of changes on people’s access to, and the fairness of, the justice system, particularly in relation to those who are vulnerable.

The committee said the Ministry of Justice faced so many challenges across its portfolio, as well as severe financial pressure, that it faced some “hard decisions” about what it can continue to fund.

The PAC said the ministry should write to it in advance of the next spending review to explain “how it plans to ensure its portfolio of change is well-balanced and appropriately prioritised to enable it respond to financial pressures.

“This should include setting out those elements of reform that are essential and those which could be put on hold.”

HMCTS CEO Susan Acland-Hood responded: “The report highlights the ambitious and transformational nature of our reform programme. We will study the committee’s recommendations and respond in detail.

“Significant progress is being made to deliver the programme, including new digital services which have seen high take-up and satisfaction rates.

“We do recognise the need to engage more actively with our key stakeholders, and this is a key priority over the next phase of reform.

“This is a challenging programme but we remain confident that it is on track to deliver the benefits promised and to help create a better, more straightforward, accessible and efficient justice system for all who use and need it.”