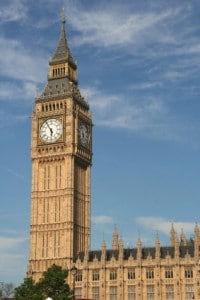 MPs have attacked insurance companies for not being more transparent over the referral fees they receive from a range of sources.

The transport select committee said it was “regrettable” that motor insurers ignored its earlier recommendation that consumers “are entitled to know more about the financial and other links between their insurer and the many companies involved with each claim”.

Issuing its report following the committee’s whiplash inquiry, the committee noted that although referral fees have now been outlawed, links still exist between insurers and solicitors, vehicle repairers, credit hire firms and other organisations from which referral fees were received – particularly through alternative business structures (ABSs).

Several of those who provided written evidence to the committee highlighted the role of ABSs in allowing insurers to continue financial arrangements – including leading insurer AXA, which said there needed to be a specific code of conduct to govern insurer/law firm joint ventures.

The committee also cited survey evidence from national law firm Slater & Gordon “which suggests that a significant proportion of whiplash claims are generated by insurers themselves”.

This IPSOS MORI survey revealed that seven out of every 10 whiplash claims result from an approach to the consumer by an insurance company or from an approach arising from the sale of their databases.

The MPs concluded: “Transparency breeds trust and confidence in the market. Unfortunately the motor insurance sector remains as opaque as ever. This needs to change.”

More broadly, the committee opposed government plans to increase the small claims limit for personal injury claims from £1,000 to £5,000.

The report is covered in full on our sister site Litigation Futures. For the main findings, click here, for the reaction here and for editor Neil Rose’s blog here.