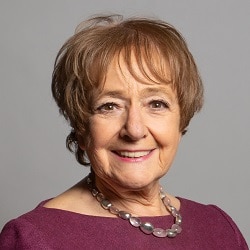 MPs and peers have called for “a radical overhaul” of anti-money laundering (AML) supervision, with regulators of lawyers urged to issue wrongdoers with “bigger, more public” fines.

They also backed the creation of a specialist unit at the National Crime Agency (NCA) to target professional enablers.

The all-party parliamentary groups on fair business banking and on anti-corruption and responsible tax yesterday published a joint economic crime manifesto, setting out what measures should be in the latest economic crime bill, announced in Tuesday’s Queen’s Speech.

Among their recommendations were that the Treasury implement “a radical overhaul of anti-money laundering supervision that strengthens the Office for Professional Body Anti-Money Laundering Supervision (OPBAS), housed in the Financial Conduct Authority, with new powers to sanction supervisors and ensure consistency of implementation”

OPBAS was created in 2018 to oversee nine legal and 13 accountancy AML supervisors – the law societies and bar councils of the three UK jurisdictions (including also the Solicitors Regulation Authority and Bar Standards Board), the Chartered Institute of Legal Executives/CILEx Regulation, the Council for Licensed Conveyancers, and the Faculty Office of the Archbishop of Canterbury, which supervises notaries.

OPBAS’s own reports indicated that it was ineffective, the groups said. The system should be streamlined to deliver fewer supervisors with common standards and reduce the risk of supervision by bodies that have conflicts of interest between their advocacy and regulatory roles.

“Professionals that breach the Money Laundering Regulations are rarely fined for their wrongdoing,” they went on.

“OPBAS must ensure that there is a credible deterrent against breaking the rules. That means professional body supervisors, of sectors such as lawyers or accountants, must issue bigger, more public civil fines for wrongdoers.”

The manifesto said the current system of suspicious activity reports (SARs) “does not work and instead inundates the NCA with low-quality data”; in 2019-2020, more than 500,000 SARs were filed, but the NCA only has 118 employees to scrutinise them.

It should be replaced by a risk-rating system “to ensure quality over quantity”, with supervisors able to regulate the submission of low-quality SARs.

HM Revenue & Customs must also be “empowered and resourced” to police the perimeter of the Money Laundering Regulations more effectively “by ensuring that unregistered actors, particularly in the estate agency and trust and company service provider sectors, are identified and face consequences for non-compliance”, the manifesto went on.

Independent legal professionals who could undertake regulated activity but were not members of any of the professional body supervisors should be assigned a “default supervisor”.

Dame Margaret Hodge, chair of the anti-corruption group, said: “Britain is now the jurisdiction of choice for too many criminals, kleptocrats and wrongdoers who use us to hide their dirty money and then use our structures and professionals to clean their ill-gotten gains so that they can bring them into the legitimate system and spend them…

“We need greater transparency that will help us to follow the money. We need smart regulation that will not burden business but that will deter wrongdoing. We need to hold those professionals who collude with or facilitate economic crime to proper account.

“We need vigorous enforcement so that criminals and kleptocrats know they will not get away scot-free. We need open accountability so that Parliament, the public, the press and civil society can understand and see whether strong and appropriate action is being taken.”

This meant the Ministry of Justice must legislate to tackle ‘lawfare’ and vexatious litigation with new rules to curb SLAPPs (strategic lawsuits against public participation).

Any lawsuit targeting acts of public participation should be subject to a merits test at the earliest possible stage in proceedings, the manifesto said, with costs used to deter claimants and protect defendants.