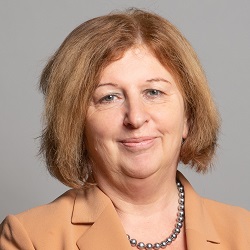 Buck: Need has soared but supply has declined

An independent review of legal aid by a cross-party group of MPs and peers has called for a 25% pay rise for legal aid lawyers, publicly funded training grants and a return to the pre-LASPO position for early legal advice.

The Westminster Commission on Legal Aid said the system was neither “sufficient” nor “sustainable”, and access to justice should be available to “individuals throughout England and Wales” and not just in the big cities.

The commission was set up by the All-Party Parliamentary Group on Legal Aid in May 2020 to carry out an independent review of the viability of the scheme as it emerged from the pandemic.

The Westminster Commission recorded how all of its witnesses “described a palpable crisis in relation to the health and vitality of the legal aid workforce”.

Among the problems were “perceptions of an ageing demographic, difficulty with succession planning, fewer junior lawyers coming through, declining numbers of positions” and “an inability of firms to justify the costs associated with training the next generation given the current fee structure”.

The commission said that, prior to 2010, the government provided training contract grants for legal aid firms, which had supported, on average, 85 trainees a year with sums of over £20,000.

The commission heard that law centres did “still take on trainees” but the “number is falling and there is a huge issue with retention”.

Turning to the junior Bar, the Bar Council gave evidence that “the average age of those who begin to earn a return on the huge debt levels they have built up as being 33 years old”.

Other witnesses “spoke of the difficulties that juniors had faced over the pandemic”, with one citing “colleagues who had to claim universal credit or grants from their Inns of Court benevolence funds due to their drop in income”.

On retention, many legal aid lawyers “reported losing juniors or colleagues to local authorities and the CPS where salaries are higher and there is a perception of more stability and a better work/life balance”.

The commission said: “The overwhelming consensus from the evidence that we heard throughout the inquiry was that legal aid work and the rates payable are not financially viable for practitioners.”

The commission said that legal aid rates have not been increased since 1996, and recommended increasing them by inflation, using 2011 as a baseline. According to the services producer price inflation index, there had been a 25% rate of inflation since then.

The commission estimated the cost of increasing civil and family fees by this amount at £171m per annum, and criminal legal aid fees at £224m.

An independent legal aid fee review panel should be established, which would carry out annual reviews of legal aid salaries.

The commission recommended that there should be a return to publicly funded training grants for solicitors, barristers and chartered legal executives, while not specifying how many there should be.

Public funding should be reinstated in housing disrepair cases, extended in domestic abuse cases and available to bereaved families at inquests.

Labour MP Karen Buck, who chaired the commission, said: “We began this inquiry fearing that life during the pandemic has intensified the underlying stresses on the legal aid system and those who work in it.

“The wealth of evidence we heard confirmed this to be the case. Levels of need have soared whilst access to legal aid and to legal aid providers, in both civil and criminal law has declined.”