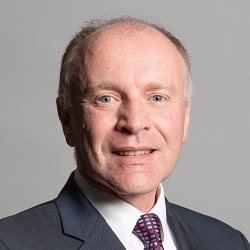 A Conservative MP has urged the government to establish “minimum standards regarding searches and assessments of risk” by residential conveyancers.

Marco Longhi, who represents Dudley North, accused solicitors and licensed conveyancers of not doing enough to highlight the possible downsides of purchases to their clients.

He introduced a 10-minute rule bill, called the Conveyancing Standards Bill, into Parliament yesterday. These bills give MPs 10 minutes in the House of Commons to raise an issue with the government.

They rarely progress any further, although technically the bill has now passed its first reading and has a date for a second reading at the end of November.

Mr Longhi said: “The system does not offer enough consumer protections for people who are about to make possibly the single most important investment of their lives, while the transaction itself is mired in documents and legal complexities that are rarely fully understood.”

He was not proposing “radical changes” to the conveyancing process, he added.

The MP gave examples of two real-life cases involving his constituents “who have been let down by a system that has not kept pace with an industry that has become increasingly cut-throat”.

The first was of a developer that liquidated the company owning the site of the new-build properties as soon as the last one was sold and, it later turned out, had failed to comply with some of the conditions of the planning permission, leaving the buyers with a host of complaints.

“At that point, the homeowners turned to the council for help, in the expectation that it would have the ability, as a local regulatory body, somehow to fix things. It transpired that any regulatory liabilities relating to the properties transferred to the property owners at point of sale, and that if the council chose to enforce breaches of planning, it would have to pursue the new homeowners.”

Mr Longhi noted that local planning authorities were not required to pursue developers for evidence of compliance with planning conditions.

“So here we are: we have just purchased a property in good faith following the advice of the conveyancing solicitor – who, by the way, was recommended by the developer – and the property does not have planning permission.

“Certification costs could be extremely significant, and we have no recourse to the developer because they no longer exist as a legal entity.”

The second example was a more common one, he suggested, of buyers being responsible to pay maintenance contracts for common areas on new-build estates.

.“What is not discussed with sufficient clarity at the point of conveyance, if at all, is that the small print of the maintenance contract will state that contract owners can increase the price as and when they wish, and there is virtually no recourse within the contract for poor workmanship or lack of clarity.

Mr Longhi said buyers could not refuse to pay, because the contracts allowed for a charge to be placed against the property.

“The system is being gamed by unscrupulous developers and contractors, because it is not transparent enough to shine a light on the potential risks to people when they are buying a property.

“People might feel that the very fact that a solicitor is handling the conveyance means that they are sufficiently protected. They employ a solicitor not just to carry out due diligence for them, but to highlight any potential downsides. That is not happening with enough robustness, and that is why I propose the bill.”