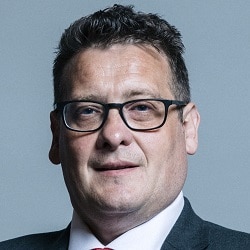 Shadow justice minister Karl Turner has called for an “immediate increase” in legal aid rates if criminal law firms are to survive, along with measures to save the Bar.

The MP, a former criminal law barrister, said it was “abundantly clear” that criminal law firms “simply cannot continue” under the existing fee structure, particularly in the “worsening situation” caused by Covid-19.

In a report on saving access to justice after the pandemic, Mr Turner said the Ministry of Justice (MoJ) had promised to review the 8.75% cut in rates made in 2014, but had never done so, leading “many practitioners” to see it as acting in bad faith.

An 8.75% increase was needed now, he said: “The criminal solicitor side of the profession has experienced nearly a 40% fall in volume of work due to the current crisis. There have been some savings in travel, but in turn less work.

“The very least the profession can expect it to be paid fairly for the work they are actually undertaking.

“It is clear that because of the sudden collapse in work due to the coronavirus outbreak there is an urgent need to ease the cash flow of criminal firms of solicitors.”

Mr Turner said the MoJ’s criminal legal aid review (CLAR), which had been constantly delayed, should be expedited, though the profession “remained sceptical” about the limited nature of the proposals.

He described the proposed increases as “very small” and said they disproportionately favoured advocates as opposed to litigators.

“The current review intended by CLAR is simply not an adequate response either to the shorter-term crisis caused by the coronavirus outbreak or to the longer-term crisis of underfunding.”

Mr Turner said current monthly payments should be maintained at existing rates, and there should be no ‘clawback’ by the Legal Aid Agency (LAA) once the situation had stabilised.

The MP said the Self-Employment Income Support Scheme (SEISS) should be changed so that the “newly self-employed”, including young barristers and those returning to work, could rely on their 2019-20 tax returns, rather than the previous year.

Chambers should be helped by being given access to government relief measures on commercial rent and to business rates relief.

“Commercial landlords, including the four Inns of Court, should be encouraged to provide chambers with rent holidays and landlords generally should be directed to be more sympathetic to majority publicly funded common law and pure criminal law sets of chambers.”

Fees due to the junior Bar from the Crown Prosecution Service and LAA “should be paid expeditiously” and “properly evaluate the work done and time spent”.

Mr Turner concluded that without “serious and immediate intervention” from the MoJ, the entire criminal justice system could collapse.

“Publicly funded criminal lawyers are no different to any other public sector supply service provider. The MoJ therefore has a duty to ensure service continuity during in and after the current coronavirus outbreak.”