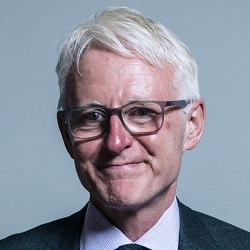 Lamb: Trust in SRA at stake

The SRA said it had received “a number of reports” about the matter and would be “seeking further information before deciding on any next steps”.

Sir Norman, a solicitor by training, said the document was a contract between Health Education England (HEE) and Lewisham and Greenwich NHS Trust drafted in 2014, which showed HEE “imposing the terms” under which junior doctors worked.

The MP said in a letter to SRA chief executive Paul Phillip that HEE argued it had “no substantial influence” over the terms under which doctors were employed, meaning that it was not an employer for the purposes of the whistleblowing legislation.

Dr Chris Day claimed he was unfairly dismissed by the NHS trust for blowing the whistle on safety concerns. Sir Norman said an employment tribunal dismissed Dr Day’s claim “as a result of HEE’s arguments denying their substantial influence over terms”.

He went on: “HEE’s arguments were made without disclosing either the contract between Health Education England and Lewisham and Greenwich NHS Trust or a model contract that was adapted for other NHS trusts in England.

“The effect of these arguments was to remove doctors below consultant grade from statutory whistleblowing protection in English hospitals for over four years. It also prevented Dr Day’s whistleblowing case about serious patient safety fears being heard by a tribunal.”

Sir Norman said Dr Day’s appeal went “all the way” to the Court of Appeal before being remitted to a fresh tribunal.

The MP said that, shortly before the fresh tribunal was due to hear the case in October 2018, an “outdated version of the contract” was disclosed, rendering HEE’s arguments about its limited control over junior doctors “impossible to sustain”.

In an agreed statement published after the tribunal had been sitting for six days, the parties said that Dr Day “blew the whistle by raising patient safety concerns in good faith” and “performed a public service in establishing additional whistleblowing protection for junior doctors”.

The statement also said the tribunal was “likely to find that both the trust and HEE acted in good faith towards Dr Day following his whistleblowing and that Dr Day has not been treated detrimentally on the grounds of whistleblowing”. Dr Day’s claims were “dismissed upon withdrawal”.

Sir Norman said a freelance journalist, Tommy Greene, had since found out through FOI requests that other NHS trusts signed similar contracts with the HEE.

The MP said Mr Greene’s work had also shown that Hill Dickinson not only drafted the contract for HEE in 2014 but acted for it in the litigation brought by Dr Day.

He described the failure of Hill Dickinson to ensure disclosure of the contract as “an extremely serious matter”.

He concluded: “It seems to me to be incumbent upon the SRA to now undertake a full investigation of these complaints including my own complaint set out in this letter.

“I am not able to identify the specific lawyers at Hill Dickinson whose conduct should be investigated but I am absolutely clear that this is an important test for the SRA.”

The MP warned Mr Phillip that if the SRA ignored the complaints, there was a “very serious risk that public trust in your organisation’s ability to hold lawyers to account and to uphold high standards of conduct will be fatally undermined.”

The HEE has said it provided relevant documents and evidence as requested during the legal process.

A spokeswoman for Hill Dickinson said: “Hill Dickinson is aware of the recent letter to the SRA concerning Dr Day’s litigation in which we acted for HEE.

“It is for the SRA to assess the letter and we will cooperate fully with anything they may require.”