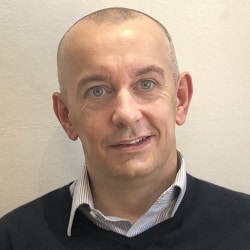 A start-up aiming to give home buyers access to all the information on their move via an app is set to launch a pilot with several leading software providers – and through them law firms.

Coadjute has formed a consortium that will deliver their data using blockchain, initially through mortgage provider NatWest’s mobile banking app.

It is made up of software providers from each stage of the home-buying process: Dezrez Estate Agency, Redbrick Solutions – which has around 1,000 conveyancing law firm clients – eTech Surveyor, property data company Search Acumen, Conveyancing Data Services, and panel manager LMS.

John Reynolds, chief executive and founder of Coadjute, said the eventual aim was to attract the whole market – including all lenders – into the network, to the point that consumers would not choose to use those who were not involved.

Providers will not be charged to join Coadjute, but there will be a fee for certain extra features.

The system will connect each software provider’s platform to build a decentralised home buying network. By using blockchain, or rather distributed ledger technology, the information required in processes such as securing a mortgage and finalising an offer to buy will be seamlessly shared between each party.

The clients should have “complete transparency over the entire home-buying process via their app”. Mr Reynolds said: “Customer adoption will be driven by businesses coming together to provide a joined-up service.”

Rather than disintermediating the platforms, he said, Coadjute was trying to “wire them together to create the whole moving journey in one app”.

The conveyancer, for example, would be invited by their client to connect to Coadjute and their interactions would take place through the app. “We are not trying to remove that relationship,” Mr Reynolds stressed.

The system is being tested until the end of next month, after which it will be showcased to other lenders and platform providers to encourage them to join in. It will then be piloted, shadowing real transactions.

Mr Reynolds said lenders seemed the best place to start for hosting the app – although it will be clear to users from which providers the different data is coming from – but in time others could offer it too.

Dan Salmons, director for mortgage innovation at RBS, said: “The home-buying process is an area ripe for improvement, but real change can only be brought to bear if we bring all the parties involved together.

“This is why this project and consortium is such a crucial step and if it is successful it will be a game-changer for our customers and the entire property market.”

Martin MacDuff, chief executive of Redbrick Solutions, said: “Our clients sit in the middle of the process and often have to deal with frustrated consumers who are trying to complete a complex process that they only complete a few times in their life.

“Our case management software assists users in speeding up the process and providing a better service to those consumers. To have better transparency across all stages of the process would increase this exponentially.

“This trial opens up the possibility of radically improved communications between the estate agent, lender, surveyor and conveyancer and the creation of a shared view of processes, meaning the customer knows exactly which step in the process they are at and what remains to be done; importantly they will get the same status regardless of which business they speak to.”

Christian Woodhouse, head of data and strategic products at Search Acumen, added: “We’re in a very exciting time for property/PropTech innovation where we’re able to back up the market hype around distributed ledger technology with meaningful action.

“Anyone who has bought or sold a property understands the frustration of the painfully slow and complex process that relies of inefficient, often paper-based correspondence between lawyers. We’re pleased to be part of a collaborative, forward-thinking project that could significantly improve the efficiency and transparency of the property transaction process for lawyers through digital innovations.”

Nick Chadbourne, chief executive of LMS, said: “The interaction between lenders and conveyancers has been transformed over the past decade; with digital services conveyancers can be requested, instructed and working within hours.

“We believe getting simpler levels of connectivity across the entire home buying journey will create benefits for both consumers, conveyancers and lenders.”

Coadjute’s technology was used in a ground-breaking trial earlier this year involving the test sale of a home using blockchain. The trial, which involved 40 global organisations including RBS and Clifford Chance, was one of the first of its kind, showcased how the entire conveyancing process could be reduced to three weeks.

This was part of Coadjute’s work with HM Land Registry’s Digital Street project; the company, then known as Instant Property Network, won a major research and development project to use distributed ledger technology to explore connecting a central land registry with businesses.