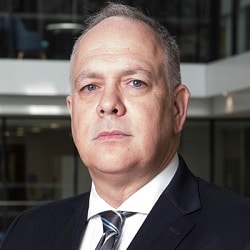 Scottish law firms should be allowed to accept external investment, while the title of ‘lawyer’ should be protected, the Scottish government has indicated.

However, in its response to last year’s Roberton review, it said the question of whether there should be a single regulator for all lawyers in Scotland needed to be resolved first.

The review by Esther Roberton, chair of Scotland’s NHS 24 telephone service, recommended a single regulator, that the term ‘lawyer’ should become a protected title that only qualified practitioners could use, and that all legal professionals should operate from licensed entities.

The response said there was “widespread support and strong arguments” in favour of introducing entity regulation and the “ability of Scottish legal firms to seek outside investment”, as well as reforming the complaints system, “developing a clear modern definition of legal services to be set out in legislation”, and protecting the title ‘lawyer’.

“However, before any such reforms may be undertaken, the primary recommendation of this report [the single regulator] must be addressed, in order to set the context for who will take forward such actions, and how they will do so.”

But it said the response “signals the Scottish government’s willingness to take forward supported recommendations that will deliver an enhanced system of legal services regulation in Scotland”.

In her introduction to the response, Ash Denham, the minister for community safety, acknowledged that views on the single regulator were “polarised”.

She added: “I am clear that any new system of regulation should incorporate the competitive provision of legal services, the public and consumer interest; and the promotion of a flourishing legal sector in Scotland, whilst encompassing the rule of law.

“The Scottish government will seek to build consensus, where possible, on the way forward prior to deciding on a course of action.

“In the long term, the report provides us with an opportunity to develop a new statutory framework for a modern, forward-looking legal service regulatory system for Scotland.

“I will issue a public consultation that will inform the design of that new framework, and the extent of its reform subject to the responses, with a view to introducing a legal services bill to [the Scottish] parliament to bring about necessary changes to primary legislation.”

John Mulholland, president of the Law Society said: “There was much in the Roberton report to support. Indeed, many of her recommendations flowed from our own proposals for reform.

“However, the Scottish government has rightly recognised that the suggestion of a wholly new regulatory body has polarised opinion. We believe a new body risks diluting professional standards and increasing costs. This is not in the interests of consumers or the legal profession.”

Earlier this month, the Competition and Markets Authority used the Roberton review as a jump-off point for its own review of Scotland’s legal services market.

It did not express a clear preference on a single regulator but opposed protecting the term ‘lawyer’.