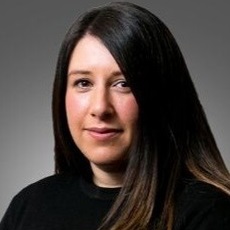 A diverse group of companies that includes motorhome hire and online gambling now has an alternative business structure (ABS) in its ranks that aims to digitise the probate process.

Abigail Cohen, director of Kwil Legal Services (KLS), said will-writing and probate were “still seen as old-fashioned” and she wanted to bring them into the 21st century.

KLS is a subsidiary of Kwil [1], an online will and powers of attorney service set up by serial entrepreneur Simon Johnson two and a half years ago. Kwil has a Trustpilot score of 4.9.

Mr Johnson’s company, Socialicity [2], owns a portfolio of businesses, where, according to its website, technology is used to “take traditional industries and their products to the next generation”.

Three of its business focus on remapping, which involves adjusting a vehicle’s engine control unit to improve its power and performance.

Ms Cohen, who qualified in 2005, said she had spent her career working as a private client solicitor, most recently becoming head of department at Hertfordshire firm Brightstone Law.

Six months into the pandemic, she left to become ‘house legal counsel’ at Socialicity.

KLS has recently been approved as an ABS by the Solicitors Regulation Authority. Ms Cohen is head of legal practice, and of finance and administration at the firm, under her maiden name of Coleman.

She and Mr Johnson are directors of KLS, which is based in Watford. It can make use of Socialicity’s call centre in Glasgow and its tech development team in Malaga, Spain.

Ms Cohen said her legal team consisted currently of herself and two paralegals, and would be expanded as probate work grew, with the potential addition of another paralegal and another solicitor.

KLS says the costs of its private client services are “approximately half what you would pay a high street solicitor”. Fixed fees include £595 for the grant of probate for a simple estate, and full administration from £1,500.

Ms Cohen said: “Our aim is to bring probate into this century as much as possible and make it an easier service for people to deal with.

“We have good case management systems, no secretaries, a paperless office and a fully digitised approach.”

She said KLS did not handle contentious probate or Court of Protection matters, which were referred to Shakespeare Martineau.

Ms Cohen said she hoped that in the future e-signatures would be allowed for probate documents.

“People are reluctant to allow it, but they would be perfectly sufficient. I hope that is the way they will go. It would be so much easier than relying on wet signatures.”