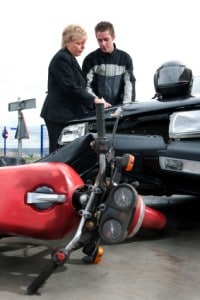 Carbrooke Accident Management UK Limited’s licence from the Solicitors Regulation Authority (SRA) comes less than a fortnight after the acquisition by rival accident management company Vamco of the law firm .

Norfolk-based Carbrooke, which is linked to Lexham Insurance Consultants, will build an in-house capacity under solicitor Christopher Moore, who for nearly 10 years was the legal director of PI at Steeles Law Solicitors, also in Diss. As well as being a director of Carbrooke, Mr Moore has a dual role as the ABS’s compliance officers.

It is expected that the ABS will handle around 100 PI claims each month from the company’s own clients.

Mark Usher, Carbrooke’s general manager, told Legal Futures he did not rule out expansion in the future, but said: “We have our own niche. We want to keep the legal work in-house; that’s the short term, immediate issue but obviously it opens up opportunities.

“Who knows where the future may take us but for the time being we have no need to join with anybody else either in terms of trying to take over somebody… We intend to remain our own independent operation.”

He said the company had been waiting for SRA approval before recruiting and that now “we will be recruiting appropriate legal personnel”. Carbrooke recently advertised on legal recruitment websites for legal executives and caseworkers “predominantly handling motor claims”.

Mr Usher said Carbrooke’s connection with Lexham was informal in the sense that one of its directors “also happens to be the managing director of Lexham”. He confirmed that “much of the work of [the ABS] will be connected with people who are also clients of Lexham”.

He acknowledged that the Jackson reform changes to personal injury meant Carbrooke would be “substantially affected” but said the decision to make the ABS application was taken separately.

He said the application process was “lengthy” and that “we were frustrated by the length of delay but our business plan factored that in”. He welcomed SRA plans to speed up the handling of applications from low-risk entities.