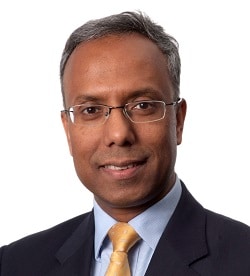 Lutfur Rahman’s actions in running for re-election as mayor of Tower Hamlets in London were “reprehensible, orchestrated, deliberate and dishonest”, the Solicitors Disciplinary Tribunal (SDT) has ruled in striking him off.

It was well known that Mr Rahman was a solicitor and “this would have had a significant detrimental impact on the reputation of the profession”, the tribunal said in a scathing judgment that ascribed his misconduct to a desire for power and status.

Mr Rahman, 52 and a solicitor since 1997, was found by an election court in 2015 to have engaged in corrupt and illegal practices in winning the election the year before.

As a result, the election was voided and he was banned from standing for public office for five years.

Publishing its reasons for the decision to strike him off – which was made a month ago – the SDT said it treated the election court judgment as “proof but not conclusive fact of the findings of fact upon which that judgment was based” and undertook its own examination of the evidence.

It focused on the findings that Mr Rahman had falsely accused a white rival for the mayoralty of being a racist, and improperly used public funds to garner electoral support. It found them proved and, further, that the actions were dishonest.

Mr Rahman’s evidence to the election court was heavily criticised by judge, and the SDT found that as a result he had failed to uphold the rule of law and the administration of justice, and failed to act with integrity.

The SDT concluded: “The respondent’s culpability for his misconduct was at the highest level. He had been motivated by power and status. His actions were planned and he had acted in breach of a position of trust.

“It appeared to the tribunal that the respondent had positioned himself for his own benefit and to protect his interests and secure his power base.”

There were, it said, no mitigating factors – Mr Rahman had not shown “a shred of insight or remorse into his actions”. He had “unnecessarily” lengthened the regulatory proceedings, and had “obfuscated and prevaricated”.

It went on: “The fact that this misconduct had arisen in the context of the respondent’s political career rather than his practice as a solicitor was irrelevant.

“In determining the seriousness of the misconduct, the tribunal concluded that the respondent’s actions were reprehensible, orchestrated, deliberate and dishonest.

“His misconduct struck at the heart of the democratic system of elected governance His misconduct could best be described as grievous wrongdoing.”

Mr Rahman asked the SDT to ask that any sanction should not exceed the five-year ban imposed by the court.

But the tribunal said the ban was “irrelevant to the appropriate sanction in these proceedings”. Dishonesty almost invariably led to strike off, save in exceptional circumstances. They did not exist here, so the SDT struck him off. It also ordered him to pay costs of £86,000.

The proceedings took place in Mr Rahman’s absence after the SDT rejected his last-minute application for an adjournment.

The tribunal also said that judicial review proceedings being brought by Mr Rahman did not concern the same matters as it was considering, save that they arose from election court judgment, and so its hearing did not have to delayed until they were concluded.