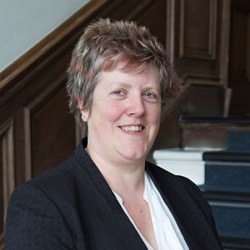 Most solicitors and their staff north of the border have experienced mental health problems, a major survey by the Law Society of Scotland and mental health charity See Me has found.

The research found that a significant minority (24%) had observed “stigmatising attitudes towards mental health in their organisation.

The study, the first ever survey of mental health in the Scottish legal profession, was based on responses from 1,242 solicitors, trainees, paralegals and support staff.

The proportion who said they had experienced mental health problems was 61%, but for those aged under 25 it was even higher at 72%.

The proportion of women reporting mental health problems was slightly higher than men at 64%, compared to 57%. Being able to work from home or work flexibly made virtually no difference.

The proportion of legal professionals reporting problems was identical whether they were working in private practice or in-house.

There were differences though in whether they perceived their managers as “approachable.”

Where they had received training, by far the most common kind of training was on mental health awareness (74%), followed by mindfulness (47%) and resilience (31%).

Almost half of respondents said they would not want to speak about their mental health at work for fear of the reaction from their managers (45%), or from their colleagues (37%).

This was reflected in some hard-hitting comments from practitioners. One said: “There is a culture of bullying in the legal profession at all levels, including partner to partner bullying, which contributes to stress, anxiety and poor mental health. I have experienced this in every firm I have worked for.”

Another said: “My experience is that stress is endemic in law but that disclosing it can lead to stigmatisation, particularly in private practice, where the incorrect assumption is made that the sufferer is ‘weak’ or ‘emotional’.”

One commented that ensuring that solicitors with a management or supervisory role knew “how to deal with human beings including those with mental health problems” was “paramount to solving this problem”.

Another respondent said: “At my own organisation, having very senior equity partners discussing their own experiences with depression and anxiety was very powerful.”

Other respondents highlighted the challenge of supporting mental health in small firms and sole practices.

One said it was “very easy to aspire in theory” but the “reality of work and the requirements of the business” at small firms made such aspirations “not only impractical but impossible”.

Amanda Millar, president of the Law Society of Scotland and a mental health law specialist, said some of the report’s findings were not “easy reading” and it was “clear that there is work to be done to change how we view mental health issues in the profession”.

She went on: “We know that a high proportion of the respondents reported experience of a mental health issue at some point, making this an important and relevant area of work for us.

“And, while we could never have predicted our current circumstances as a result of the Covid-19 pandemic when we launched the survey, putting our proactive action plan in place will be even more crucial.”

In response to the survey, the society has set out a “seven-step framework for change”, including promoting mental health engagement and awareness campaigns, and developing its existing Lawscot Wellbeing online portal as “a one-stop shop for all resources”.

It also intends to emphasise the importance of mental health training to improve understanding and will encourage managers to assess their own organisation’s training needs to be able to make improvements. A second survey will be carried out in three years’ time to monitor progress.