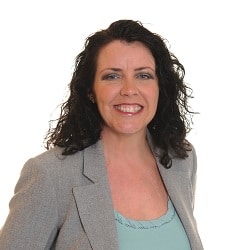 Hain: Firms have built up their capacity to grow

All but the largest law firms increased their bank borrowings last year, with the percentage of total funding from external sources on the rise, new research has found.

It also identified a “real profitability divide” between larger and smaller law firms; income was generally rising across the board, this did not always mean profitability, because many of the new staff being recruited were “not fully chargeable on profitable client work”.

In its annual legal benchmarking report, national accountancy network MHA said funding from external sources continued to reduce in the largest firms (defined as more than 25 partners), following the pattern set over recent years, with a reduction from 32% to 18% in 2019, the lowest level in four years.

“All other firms saw increases in bank borrowings and in the percentage of total funding from external sources. Many firms are using the current economic climate to renegotiate, and frequently increase facilities with their existing providers on favourable terms with interest rates and fees remaining static at worse.

“All sizes of firm in our review showed a decrease in the actual capital invested in the year, likely to be a reflection of both the continued reticence of senior fee-earners to make the jump up to partner and also having more junior partners in place with lower levels of required capital.”

The amount of equity partner capital invested in firms shrank across the board, most dramatically from over £77,500 to only £39,000 in firms with 5-10 partners.

MHA found that total fee income had gone up for all sizes of firm, apart from those with two to four partners.

However, net profit as a percentage of turnover went down at sole practices by two percentage points to 21%, and by one at 5-10 partner firms to 17%. At the biggest firms, it rose from 24% to 26%.

The number of fee-earners and partners both increased in 2019. Trainee recruitment was up, and “there has been a trend for assistants to move from a full support function to actually completing part of the service for clients”.

Karen Hain, head of MHA’s professional practices group, said: “Senior fee-earners are being promoted to partner, in a bid to fix succession plans and to retain important individuals.

“These new partners are not always being asked to contribute personal funding into the practice as the firm looks at funding streams from banks and other finance offerings.

“Firms have built up their capacity to grow and we are now seeing increases in fee income alongside the increased fee-earner head count and expense.

“However, the increase in fees are not transferring directly into higher profits. This is because many of the new staff are not fully chargeable on profitable client work, or are at much lower chargeable rates, being junior staff.”

The average total salary costs per fee-earner increased only for one category of firm, those with two to four partners, and stayed the same for those with 11-25 partners.

Researchers said the figures showed “no obvious loss of control of fee-earner salaries”, and “a tightening of the spread of salaries over the sizes of firms”.

Figures for the percentage of a law firm’s staff who are fee-earners went up for all categories of firm – most sharply from 36% to 50% for sole practices and 54% to 63% for large firms.

Ms Hain commented: “Many legal practices have seen increased demand for services during 2019, even with the underlying economic uncertainty in the country.

“Long-threatened reforms to legal services are still not in place, and so we are not seeing any significant changes to individual sectors.

“The number of fee-earners and partners have both increased in 2019. Trainee recruitment is up, and there has been a trend for assistants to move from a full support function to actually completing part of the service for clients.”