Most clients satisfied with lawyers – if they use them 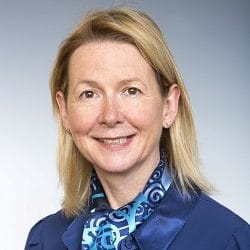 The vast majority of clients are happy with the services they receive, although there was a noticeable gap in satisfaction with regulated and unregulated providers, the largest ever survey of people’s legal needs has revealed.

But it showed an access to justice gap, with only just over half of people seeking some type of professional help to deal with legal problems.

The triennial survey of the legal needs of individuals in England and Wales was commissioned from YouGov by the Legal Services Board and Law Society, and surveyed 28,663 people last year. It will form a key part of the evidence base for policy decisions by legal regulators.

It found that 64% of adults experienced a legal problem in the last four years, with the majority saying it was a contentious issue.

The most commonly experienced issues related to a defective good/service (26%), anti-social behaviour by neighbours (14%), buying or selling property (11%), making or changing a will (11%) and employment-related issues (11%)

Two-thirds of people obtained help – 55% from professional sources and 11% from friends and family – while 21% simply did not try to find help, and 13% tried but failed.

People with non-contentious issues were more likely to find help than those with contentious problems, while “the likelihood of getting professional help appears to be lower for disadvantaged groups”, YouGov said.

Unsurprisingly, people who did not identify their issue as a legal one – seeing it instead as a financial, social or bureaucratic problem, or even bad luck, for example – were less likely to seek help.

Around a third of people had low legal ‘self-efficacy’, defined as not believing that they could manage their legal problems themselves, and low legal confidence, meaning they were unlikely to think they could achieve and fair and positive legal outcome.

Those who actually experienced an issue in the last four years were more likely to have low legal confidence than those who had not.

Solicitors were the first point of contact for a quarter of those who sought professional advice, with doctors next for 10% – in the end 30% of people used a solicitor as their ‘main’ adviser.

Older people and white British people were more likely to seek out a solicitor, with younger people turning to more informal support from friends and family.

The survey found that only a fifth of people shopped around and compared the services of multiple providers, with conveyancing clients most likely to seek out price information and reviews. Younger people were far more likely to shop around aggressively than older ones.

Only a third of those who were paying themselves for some or all of the service actually sought out price information when choosing their adviser.

The main reasons people did not shop around were that they were happy with the first provider they looked at, they trusted the recommendation they had been given, the matter was straightforward, and they had previous experience of the provider.

Positively, nine out of 10 consumers who used a solicitor who satisfied with the service, and only 7% dissatisfied. The figures for other professional and legal advisers were in the high 80% range, but unregulated providers fared worst, with 77% satisfied and 20% dissatisfied.

The main reasons for dissatisfaction with a service was a feeling that the adviser did not do enough (32%) or that they took too long to deal with the issue (31%).

YouGov said: “Relatively, people were less likely to raise issues with the costs and overall value for money. The bill being higher than expected and the adviser being poor value for money was mentioned by 12% and 14% of people as a reason for dissatisfaction.”

People who obtained information about prices when initially communicating with their main adviser were more likely to be satisfied than those who did not.

Dissatisfied clients were as likely to stay silent as raise their concerns or make a formal complaint to the adviser – 3% chose to write an online review.

Legal Services Board chair Dr Helen Phillips said: “This survey reveals a significant access to justice gap. For a variety of reasons people do not always seek legal advice.

“Many fail to identify the issues they face as being legal in nature. They perhaps class it as a housing issue or a financial problem or put it down to bad luck. This means they then don’t seek for the right kind of help.

“Those who get legal support are more likely to be satisfied with the outcome, so it’s vital we remove barriers that prevent people accessing help. This includes building legal capability and encouraging people to shop around for services.”

Law Society president Simon Davis added: “This extensive survey brings home the need to build better public understanding of legal issues and clear, accessible pathways to get professional legal advice. People need to know how to use the legal system to manage the complexities of daily life, whether that’s housing, family issues or employment.

“The findings show when people do get professional legal advice – particularly from a solicitor – they are more able to resolve legal problems effectively, and far more likely to view the justice system as fair, even if they lose their case.”