Most claimants in new whiplash portal have representation 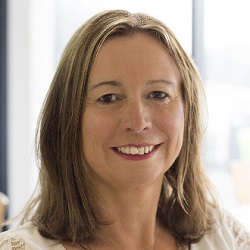 Almost all of the people who have started claims in the new Official Injury Claim portal so far are represented, a leading insurer has revealed.

A number of bugs with the portal have also already emerged – such as not accepting double-barrelled names – and a leading solicitor said she was concerned claimants could simply give up as a result.

With the caveat that the numbers were still very small 10 days into the new regime, Caroline Johnson, director of technical claims at LV=, said only about 12% of cases it has received so far were from litigants in person.

“We have seen fewer cases coming through than we expected,” she added, which she said may have been due to problems with putting claims through the portal.

Speaking on a webinar organised by I Love Claims, Matthew Maxwell Scott, executive director of the Association of Consumer Support Organisations, said he had expected more people to try and bring claims themselves before the number fell back as word got around about the difficulties of negotiating with defendant insurers.

His “guesstimate” was that, in time, only 5-10% of claimants would be unrepresented.

Donna Scully, a director of the Carpenters Group and former chair of the Motor Accident Solicitors Society, said the initial teething problems included the system not accepting double-barrelled names or those with an apostrophe in them, while “it doesn’t like the number five”.

She worried that litigants in person would “just give up” when faced with glitches.

“I would have liked to see more live testing,” she added, complaining that there was no service-level agreement setting out how quickly the Motor Insurers Bureau would respond when bugs were reported.

With over 200 pages of the pre-action protocol, rules and so on, as well as the much-criticised 64-page users guide – which she described as “chunky and complicated” – Ms Scully said: “I’m very sceptical that people will do it themselves.”

Samantha Ramen, a director at defendant law firm Keoghs, said the claims to date included “lots of minor [non-whiplash] injuries” – reflecting a trend seen “for some time” prior to the portal going live. It was announced last week that work has begun on taking mixed injury test cases to the Court of Appeal.

There have also been more claims for the 20% uplift on the tariff for exceptional circumstances “than you would expect”, Ms Ramen continued.

Ms Scully said she had heard anecdotal evidence of a significant shift to mixed injury claims prior to the reforms going live.

There were, she said, “two ways of looking at it”: the “uncynical” view was that, previously, other injuries may have seemed insignificant compared to the main whiplash claim, but now with the value of the whiplash claim reduced so much, those other injuries “have become more important”.

It was reported by the session chair that a leading insurer had recounted how, in the run-up to the reforms, 85% cases lodged by one claimant firm included claims for psychological injuries, compared to just 15% previously.

Ms Scully said: “We must not allow that kind of behaviour to get off the ground.” She recalled how, after LASPO in 2013, two large firms started to claim for post-traumatic stress disorder. “They got away with it for some time before they were shut down.”

She also argued that the original intention of the portal as an “anti-fraud exercise” has been lost.

She suggested that the “frictionless process” created by the portal meant there were “probably fewer fraud checks than before and probably more scope for fraud than before”.

Mr Maxwell Scott said the fact the compensation tariff was “so dramatically lower [means] there is a considerable disincentive to fraud”. The ban on pre-medical offers removed incentives too.

Ms Johnson speculated that most insurers would already be taking a view of the impact of the reforms and “pricing it in in anticipation” – she insisted that the market was so competitive that “if insurers don’t pass on the benefits, they won’t get business”.

Mr Maxwell Scott expressed some scepticism about this, arguing that “a lot of the competition is illusory”, with underwriters operating under multiple brands.

In any case, “the conversation should be more about how injured people receive the treatment they need” rather than savings on premiums, as that was the very purpose of insurance.