Most ABSs would “do things differently” if they applied again 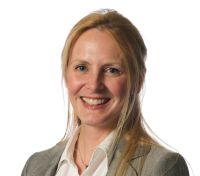 Watt: For some firms, finding enough time can be a challenge

A large majority of alternative business structures, 89%, would tackle their application differently if they applied to the Solicitors Regulation Authority (SRA) for a licence again, research has revealed.

More than half, 55%, said the application process took six months more than they initially anticipated. Over a third, 36%, said it took nine months more, with 9% saying three months more.

The study of 43 ABSs licensed by the SRA between 2012 and 2014, carried out by law firm consultancy isential, found that 94% needed “much more resource” than they originally planned for the application process.

Gill Watt, director of isential, said one firm she came across gave the task of completing the application for an ABS licence to a “fairly junior solicitor” who did not have the “full knowledge and understanding” of the practice areas.

“It soon became clear that this was not the right way ahead, and someone who could muster the troops was needed,” Ms Watt said. “Without the involvement of someone who understands the business, an application can become very disjointed.”

The survey highlighted the reality gap between the expectations of ABS applicants and what actually happened.

A total of 88% said the application process took longer than they thought while 91% originally believed it would be a “resource light” experience.

All the firms involved believed they had a “clear plan in place” before becoming an ABS. Ms Watt suggested this might be more about the general strategy behind becoming an ABS, rather than how to manage the application process.

She said firms which were not from the legal sector found it “a little more tricky” than lawyers to develop the “deep understanding” of the SRA that they needed.

“I am sure they have clients who already need legal services, but in terms of a nice and solid application, some did not understand the amount of detail required.

“Some firms just need a bit more support than others. If there are only a few people they probably have the data, but not necessarily the time to ensure that their document is readable, well presented and has the right numbers.

“For some businesses, finding the amount of time they need can be quite a challenge.”

Ms Watt said the application process had changed over the last two years and the SRA was “more responsive” than it had been.

“The improved process is smoother than it used to be, but it still takes a while to pull together all the information,” she said.

“Looking back, some firms would have given it more time, or more resources, or allowed more time for communicating with the regulator.”

Ms Watt said an early meeting with the SRA, before the application had been submitted, was often a good idea.

Despite everything, she said the “vast majority” of ABSs were happy with their new status, and knew they had to get through the application process, “regardless of how much time it took.”