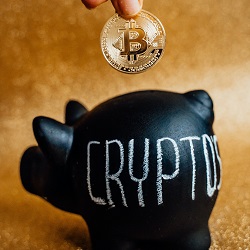 A company seeking to become a linchpin in the property market is to trial a crypto-currency to replace the traditional transfer of money between banks and conveyancers.

Coadjute said releasing funds in ‘stablecoins’ would help speed up property transactions and make them resistant to fraud as solicitors would not have to handle client money.

A stablecoin is a type of cryptocurrency whose value is linked to a ‘stable’ asset, in this case a mortgage. It should allow the safe transfer of mortgage money without it having to pass through solicitors’ client accounts.

The company calls itself “a real-time network connecting the property market” and said the new product was “set to vastly improve the movement of mortgage funds”, which amounts to over £240bn each year nationally.

The coins – held on a distributed ledger – would be the first issued by a UK retail bank and “the first in the world expressly designed to speed up the completion of mortgages”.

The approach, Coadjute said, “provides a ‘single source of truth’ simultaneously to all parties involved, removes the need for continuous manual reconciliation, and significantly cuts the risk of fraud”.

The company claimed that lowering the risk of transactions might lower the cost of professional indemnity insurance for conveyancers by more than 15%.

Chief operating officer John Reynolds stressed: “We enable conveyancers to continue to manage transactions but without having to take on the risk of holding cash in client accounts.”

Dan Salmons, the chief executive, said: “Blockchain technology is no longer just about cryptocurrencies… [the] mortgage stablecoin represents the ultimate in control, having been designed expressly and solely for the completion of mortgages.”

Coadjute went live in July. It pledged its mortgage stablecoin service would be trialled in November “with a number of major UK mortgage lenders, along with providers of legal and banking software”.

The largest seller of stablecoin tokens, Tether, claims to have market capitalisation of nearly US$70bn (£51bn), with each coin transferable for $1.

The US government has argued stablecoins should be regulated.