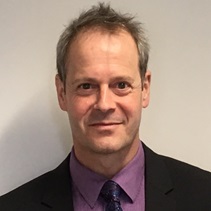 Just under 10% of claims registered with the Official Injury Claim (OIC) portal in its first three months were brought by litigants in person (LiPs), the first release of data has shown.

Consistent with industry reports since the OIC’s launch on 31 May, 90.5% of the 45,718 claims registered until 31 August were by legal representatives.

Speaking at the Motor Accident Solicitors Society’s (MASS) virtual annual conference this morning, David Parkin, the deputy director for civil justice and law at the Ministry of Justice, said it had no firm expectations on this in advance, “but it may be that we are seeing no change in the numbers and proportions of clients who are represented just yet”.

He added: “What’s important to government is that, if you wish to represent yourself on the OIC, you can do with the guidance and the design of the system.”

He added that “generally [the OIC] seems to be working relatively well”.

The figures allay concerns that claims management companies would swoop in to represent injured people, as they were responsible for only 101 of the claims.

The OIC distinguishes between law firms and alternative business structures, with the former acting on nearly three times as many claims as the latter.

A third of the claims were covered by the whiplash tariff but 61% were ‘mixed’ claims that also include non-whiplash injury. The plan is to expedite test cases to the Court of Appeal for guidance on how these should be handled, but there is as yet no timeline on this.

Just 6% of claims do not have a whiplash element.

Liability has been admitted in 54% of cases (24,812) and LiPs were actually more likely to receive a full admission than represented claimants – 95% to 84%.

Liability has been denied in 5.4% of cases so far. While 11% of represented claims received a full denial of liability, the figure was only 2% for LiPs.

Unsurprisingly, there has only been a small number (436) of settlements so far, almost all of which were reached by LiPs. The average time from claim to settlement was 45 days.

The data showed that 40% of LiPs requested the damages uplift of up to 20% that is available where either their injuries or their circumstances were considered to be exceptional. The figure fell to 24% for represented claimants.

The portal support centre received 3,223 enquiries in the period, split equally between professional users and LiPs. Five claims have been made via the centre’s assisted paper claims process.

The OIC reported that the core system has “performed well and has generally been available to users 24/7 throughout the period” – there was just one unplanned system outage, which was caused by an expired security certificate and was resolved within two hours.

“As the volumes of claims made have increased over time, there has been no service deterioration or delays with ‘page turns’ (the rate of refresh after data is entered). The system has alerts built to highlight any deterioration, and capacity can be increased quickly if required.”

Also speaking at the session, David Bott, senior partner of Bott & Co, suggested that some larger firms have had technical problems with the interface linking their systems to the OIC, meaning they were only now starting to issue claims.

He said insurers have also had “struggles”, with decisions being made by individuals rather than on a systematic basis.

Mr Bott welcomed the fact that fears of a “wholescale denial of liability” by insurers had not happened, adding: “On the whole, insurers are acting as you would expect… Both sides seem to be playing nicely.”

However, he noted that liability was a relatively straightforward issue in road traffic claims and the pinch point would come over valuing claims.

He added that he not experienced insurers made pre-medical offers or trying to discourage injured people from using solicitors, anecdotal evidence that MASS cited recently.

The OIC advisory group announced by the Ministry of Justice in August will meet next week for the first time, with insurer behaviour one of the issues it will keep under review.

Mr Parkin said the ministry was keen to hear about behavioural issues from all sides, and that the Motor Insurers Bureau – which runs the OIC – has an agreement in place with the Financial Conduct Authority to refer instances of poor conduct by insurers for investigation.