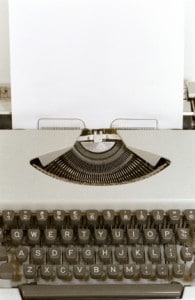 Take a letter: secretaries may not always be needed nowadays

The mini-survey by Andrew Otterburn of Otterburn Legal Consulting found that firms with less than one secretary for every two fee-earners reported a gross profit margin of 52%, as against 44% for firms with a higher ratio.

The survey found that most of the 23 participants were working in a relatively traditional way – just one outsourced their typing and two made extensive use of voice recognition.

It also revealed that the median chargeable hours per fee-earner was 800 a year (the upper quartile figure was 947 and lower quartile 689), with just two of the 17 firms which responded to this question achieving over 1,100. Average hourly rates ranged from £108 to £163, with the median £124.

The poll, with respondent firms reporting a combined fee income of £15m and 151 lawyers, was carried out in response to what Mr Otterburn said was the “current interest amongst many firms in the issue of fee-earner/support staff ratios, especially in private client departments”.

He continued: “The figures have to be treated with care as they are based on a small sample. However, they suggest departments with fewer secretaries are more profitable.

“In assessing staffing levels, firms should also take account of the nature of the work being undertaken and its complexity. Some of the participants will be undertaking work that is more easily delegated to junior fee-earners who will need little secretarial support and is more easily commoditised.

“In other cases, the work will be more complex and it would make little commercial sense to assume that very experienced solicitors will be more efficient with reduced support.”

The gross profit margin figure was calculated by dividing fees by salaries (including a notional salary of £75,000 for equity partners).

Meanwhile, the country’s smallest law firms have been hit hardest by this year’s increase in the cost of practising certificates, according to finance provider Syscap.

It said that the way the rise in the Solicitors Regulation Authority’s funding requirement was implemented produced “unusually high increases for some smaller firms” – up to 40% for a sole trader law firm. This was mainly because of the sharp rise in Solicitors Compensation Fund payments, which is a flat fee regardless of firm size.

Syscap chief executive Philip White said: “One Syscap client firm saw its practising certificate renewal cost rise from £11,700 to just over £14,000, which is indicative of what a number of smaller firms have experienced this year.”